The Melbourne Cup: A Sports Event That Stops Australia

January 23, 2016Comments Off on The Melbourne Cup: A Sports Event That Stops Australia0249
0Shares

What is Australia’s biggest sports event of the year? Usually, the answer to this question would have to be a combination of the most-watched and most-attended event to even be considered. The Melbourne Cup encompasses each criteria, as no other local sporting event interjects this much attention annually.

On the first Tuesday in November, the stands at Flemington are filled with over a 100,000 screaming spectators, while millions are captivated watching this spectacular event on their televisions. It may not generate the compassion like the other sports, but everyone has a prediction to the outcome of the race. Cup day commands attention, interest and enthusiasm that isn’t equaled by another sporting event, as it has no rival in Australia.

The Melbourne Cup is a great social event that draws an unique group of individuals that get caught up in the hype and anticipation of the race. The atmosphere is equivalent to America’s Kentucky Derby, with hundreds of thousands fashion-minded guests in their Sunday best clothes. The ladies walking around in their big, flashy hats drinking champagne wanting to be seen by all. The majority of the patrons could care less about horse racing, as this event has transcended the sport itself.

The day of the Melbourne Cup is a public holiday (government officials declared this in 1861) for all to celebrate in different fashions. Plenty of excitement prior to heading inside Flemington to watch a day of races, as a nation of Australians partake in parades, Memorial Cup breakfast gatherings and elaborate costume competitions. This annual event allows the city of Melbourne to flex its own muscles toward Sydney for at least one day.

Phar Lap was the first local horse (bred in New Zealand) to gain national attention, as he won the Melbourne Cup in 1930. The entire country mourned his death after Phar Lap was poisoned during his stay in the United States. Australia’s “wonder” horse went abroad trying to claim national prominence.

Peter Pan became the next big name local thoroughbred to win the Melbourne Cup, as he won the prestigious event twice (1932-34) in his racing career. Some track historians believe Peter Pan had more talent than Phar Lap.

The 2014 Melbourne Cup is best remembered for all the wrong reasons, as the triumphant winner Protectionist ran a great race but was over-shadowed by the sudden death of the favorite Admire Rakti. According to media reports, the Japanese horse appeared anxious in the paddock before the race, and then suddenly collapsed on the course.

Where Are The Locals

Too many local racing fans are afraid that the Melbourne Cup has become an international race that showcases the best foreign horses in the world. The last Australian-bred thoroughbred to win the Melbourne Cup was Shocking in 2009. This race has been a local staple for over 100 years, as it was designed to crown the best in Australian horse racing. But, those days might be ending soon. Now, entrants from around the world are partaking in this grand event. Why not, the winner receives a $6 million paycheck for their efforts. Attracting better horses has increased the popularity of the Melbourne Cup worldwide.

How To Bet The Melbourne Cup

The Melbourne Cup is a race for three-year-old thoroughbreds that covers a distance of 3200 metres. It’s generally considered the most prestigious two-mile handicap race in the world. Like all sports, horse racing has its own betting lingo that’s foreign to the casual bettor.

You can expect the field to be large, as all of the horses are young, talented but have little experience. Remember, betting a horse with low odds will not payout much money. Conversely, a thoroughbred with high odds is considered a long shot and will gain a big payday for that lucky bettor.

Now, it’s off to the races, and good luck to all.

Do You Have A Dangerous Tree In Your Yard? Previous post 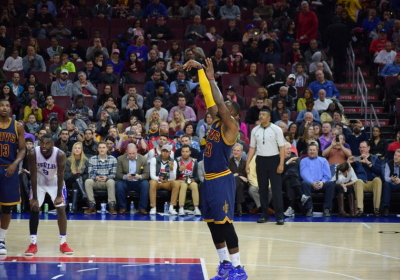