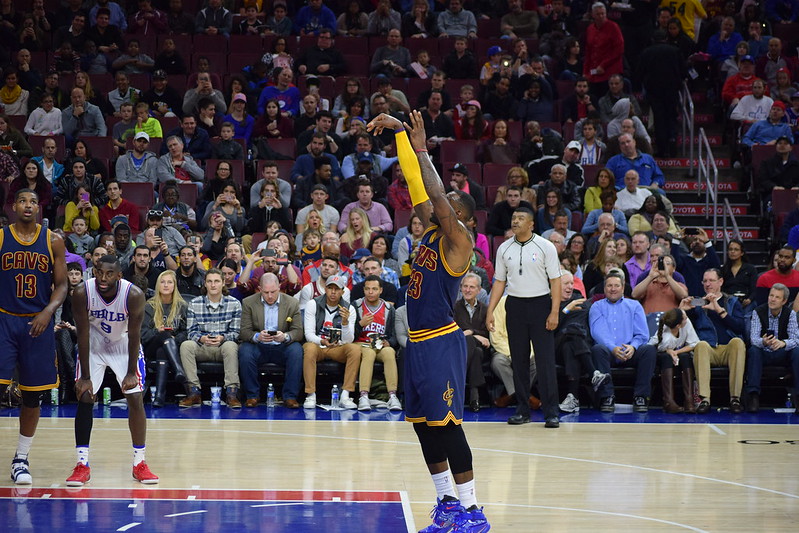 The small forward position in basketball is where we typically find the most versatile players who are skilled at scoring, passing and defending as well.

Each player approaches this position in a different way, with some focusing on shooting while others are stronger defensively. So, who are the best small forwards just now?

While injury largely blighted his time with the Boston Celtics, Hayward has shown enough in the rest of his career to suggest that he is one of basketball’s leading small forwards. His career in the NBA began when he joined the Utah Jazz in the 2010 draft, having played college basketball with the Butler Bulldogs.

After seven seasons with the Jazz, he joined the Celtics in 2017 on a deal that was said to be worth $128 million over four years. A nasty ankle injury in the season opener kept him out for a year before a series of other injuries disrupted his time in Boston.

In 2020, Hayward was traded to the Charlotte Hornets on a four-year deal worth $120 million. He started strongly in his new team and in January 2021 set a personal high of 44 points in a win over the Atlanta Hawks. His team finished 10th in the Eastern conference and their season came to a halt when the Indiana Pacers beat them 144-117 in the play-in tournament.

Middleton joined the Detroit Pistons in the 2012 draft, having been recognized early on for his shooting prowess during his college career. Once he had joined the NBA, he had a decent but unspectacular start before heading to the Milwaukee Bucks a year later.

He then produced a string of powerful, high-scoring performances for the Bucks, including helping his team to a 4-0 victory of the Miami Heat in the 2021 NBA play-offs. However, at the time of writing. the Bucks are trailing the Brooklyn Nets by 2-0 in the Eastern Conference semi-finals.

In terms of his contact, Middleton signed a five-year deal with the Bucks that comes with an annual salary of $35.5 million and makes him a free agent in 2024. By that time, he could be established as the NBA’s top player in this position.

Leonard has become one of the NBA’s stars players recently, as he tries to revive the fortunes of the LA Clippers. Born in California, he played his college basketball at the San Diego State Aztecs before joining the pro league when he was signed by the Indiana Pacers in the 2011 draft before being traded to the San Antonio Spurs. 2014 saw him help the Spurs to the NBA championship, and he was named as the most valuable player at the finals.

He then joined the Toronto Raptors in 2018 and they won their first NBA championship with his help, while he became only the third player in history to be named the finals MVP with two different teams. Leonard joined the Clippers as a free agent in 2019, signing a three-year contract that is reportedly worth $103 million.

Leonard has carried on his fine form with his new team, scoring regularly while also performing solid defensive duties. At the time of writing, they trail the Utah Jazz 1-0 in the Western Conference semi-finals, with Leonard unsurprisingly leading his team’s scoring in the first game of the series.

After joining the Chicago Bulls in the 2011 draft, Butler went on to play for a couple of other NBA teams before finding his home at the Miami Heat in 2019 when he joined as part of a four-team trade. When his team reached the NBA finals, Butler produced only the third 40+ points triple-double in the history of the finals.

He had a difficult upbringing, being forced out of his family home in Houston at the age of 13 before going on to show his basketball ability at Tomball High, Tyler Junior College, and Marquette University.

During his career to date, Butler has been an NBA All-Star five times and been named in the NBA All-Defensive team four times. Earlier in 2021, he and teammate Bam Adebayo become the first players to both record triple-doubles together in more than one game. While the Heat entered their second consecutive post-season in 2021, they lost out to the Milwaukee Bucks in the first round.

Not only the best small forward but also arguably the player in any position right now, LeBron James is often ranked alongside the greatest basketball players of all time.

Actually, TwinSpires has him ranking first on the list of the best small forwards of all time: https://edge.twinspires.com/nba/the-best-small-forwards-in-nba-history/

An excellent football and basketball player at college, he joined the Cleveland Cavaliers as the first pick in the 2003 draft and immediately set a record for prep-to-pro scoring by notching 25 points in his first game.

Since then, he has powered through games for the Miami Heat and a second spell at the Cavaliers before joining the La Lakers in 2018. He won his fourth NBA championship and fourth final MVP award in 2020 when the Lakers defeated the Miami Heat over six games and he became the first player to be named as finals MVP for three different franchises.

The current season ended in disappointing fashion, as defeat to the Phoenix Suns meant that James lost out in the first round for the first time. His relatively low-scoring performance meant that some people have written him off but it should be remembered that he was injured in the playoffs and should be back to his best again next season.

How to Sell A House In Chicago: A Guide Previous post

Will The Internet Of Things (IoT) Skyrocket In 2021? Next post

Sports February 11, 2021Comments Off on The Success Behind The 2020 NFL Season

Sports August 1, 2020Comments Off on Things You Need to Know About Gym Of Muay Thai For Holiday