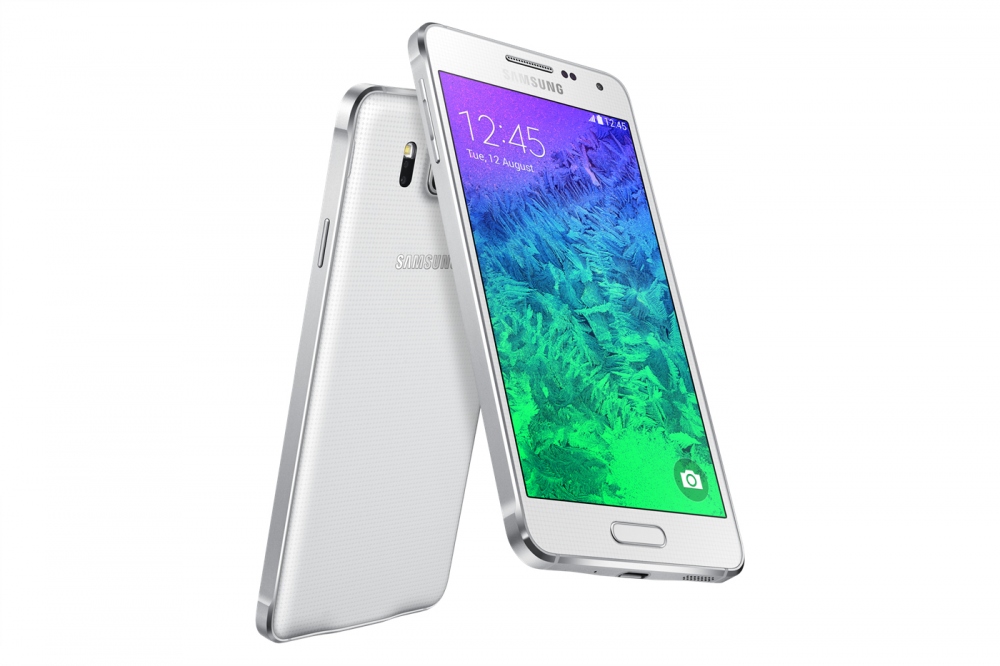 February 22, 2015Comments Off on Samsung Galaxy Alpha: Rival To The iPhone0240
0Shares

Samsung wants to cover each type or category of smartphones, whether it is low range, mid range or higher range Android phones. And now Samsung also wants to target the metal smartphones of Apple the iPhone series, so it released the new series Samsung Galaxy Alpha dubbed as the Galaxy A. The first device of the series is named as the Samsung Galaxy Alpha.

As we mentioned in the title that launch of Galaxy Alpha is rival to the Apple’s iPhone range. If you know about the iPhone 5, 5S or 6, which contain the similar resolution display measuring the 4.7 inches, and it was easy for Samsung to give the full HD resolution display in the first Galaxy Alpha but it was pretty controversial and expert’s point of view, it was done for the better battery backup. And the display is pretty cool, as the colors are quite bright, with good representation. Something that we liked is that the screen bezels have been slightly reduced compared to S5. Again, a small detail that makes this device earns points for elegance. The viewing angle of the screen is above average.

It is not the brightest screen, 50% is perhaps darker than we would expect, even at maximum, if we are outdoors in sunlight may have some small difficulty. Inside the Galaxy Alpha find KitKat Android 4.4.4 and the latest version of TouchWiz. Sufficiently close to Galaxy S5 bringing some functions like Auto Health (remember that this smartphone also brings a heart rate sensor in the rear) and Private Mode. The Samsung Galaxy Alpha is also equipped with a fingerprint sensor located on the Home button. Being a more compact terminal using this type of release is very comfortable. You can register up to 3 different footprints and gets very quickly, but sometimes you needed several attempts to unlock the phone. S Health fitness is the application that runs in the background counting your steps, not broken and is efficient, and combined with the heart rate sensor; its effective use is extended. The Private mode allows you to hide certain files and applications. It is useful, because to discover the hidden password is needed, which, if someone wants to get where it should not, cannot and should ask for your password. There are alternatives to Google Play, but the native app in the phone is enough.

Another point of the not taking the highest end specifications in the Galaxy Alpha series, Samsung wants to keep its Samsung Galaxy S series at the top after all this is behind the success of Samsung smartphones in this industry and no doubt the followers for the Galaxy S series are the highest and the searches for the Galaxy S6 smartphone which is not yet released is going higher and higher as the release is coming soon. But this is not enough, fans are even searching about the Samsung Galaxy S7 and you won’t people few sources are leaking the information for the Samsung Galaxy S7 at this moment too.

How Many of Each Vanguard Card Grade Do I Need? Next post