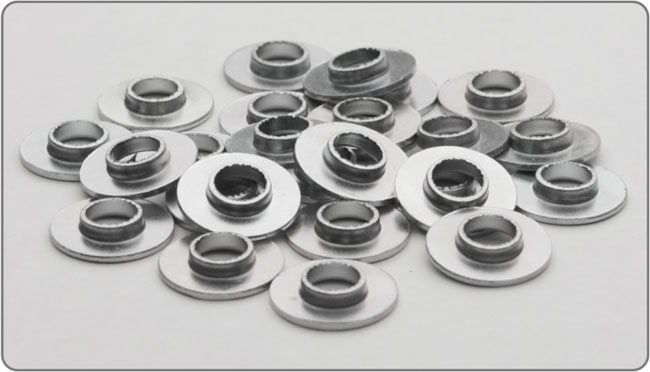 When Is It Necessary To Use A Shoulder Washer?

Well first of all a shoulder washer needs some form of explanation. As the name implies, it is a type of washer, often manufactured from nylon, Teflon or other plastic which can withstand high temperature. It is constructed in a way that has a protruding shoulder as part of the design and is often used to isolate a mounting screw from the surface it secures when undertaking electrical work. They are also known as shoulder spacers, screw insulators or nylon bolt sleeves. They can be used to reduce vibration in some instances or to insulate screws from the mounting surface as well. They are commonly used in printed circuit board mounting and other electronic applications, as well as mechanical applications where strength is needed and corrosion resistance is important too. In some instances they can also be used as a seal. So, why is it often necessary to isolate two different materials from each other?

If left in contact with each other a process called “galvanic corrosion” can take place. For example a major problem was discovered on the Statue Of Liberty in New York when maintenance checks found that corrosion had occurred between the copper skin on the outside and the wrought iron supporting structure on the inside. This was due to the failure of the shellac layer between the two metals and caused the supports to rust. A major renovation of the statue took place and the shellac layer was replaced by PTFE, a material similar in properties to some types of plastic.

Shoulder washers are available from a number of different suppliers; however one supplier with a range unique to them is Orbital Fasteners; a distributor of many different types of fixings and fasteners which specialises in next day delivery around the London area, although other areas can benefit from delivery via national carrier.

How To Care For Your Hot Tub or Spa Previous post