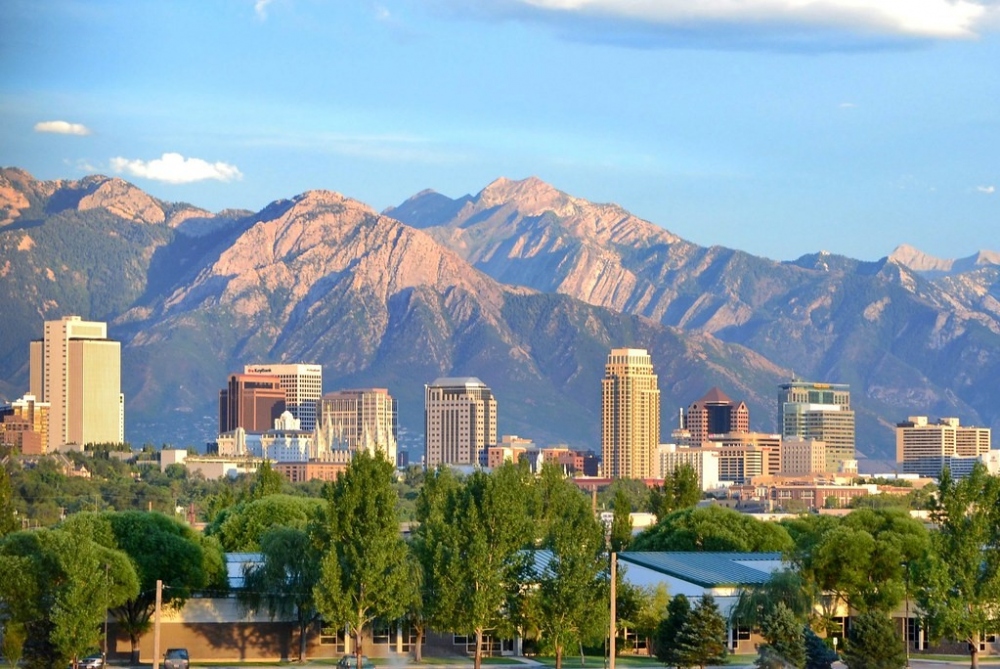 Salt Lake City is a multi-faceted city. Despite the fact that Utah itself is quite dry in summer, in winter it offers excellent opportunities for skiing. However, the city is not limited to this, and meets the expectations of the most demanding travelers. The city is known for its outstanding outdoor getaways, as well as numerous architectural and park attractions that adorn the city.

In view of these features, Salt Lake is often-chosen destination among travelers. Do you want to enjoy an unforgettable weekend in the heart of Utah? Welcome to the most amazing places of Salt Lake City. However, don’t forget to book a car through Enterprise car rental Tooele Utah, as this is the best means of transportation around the city. 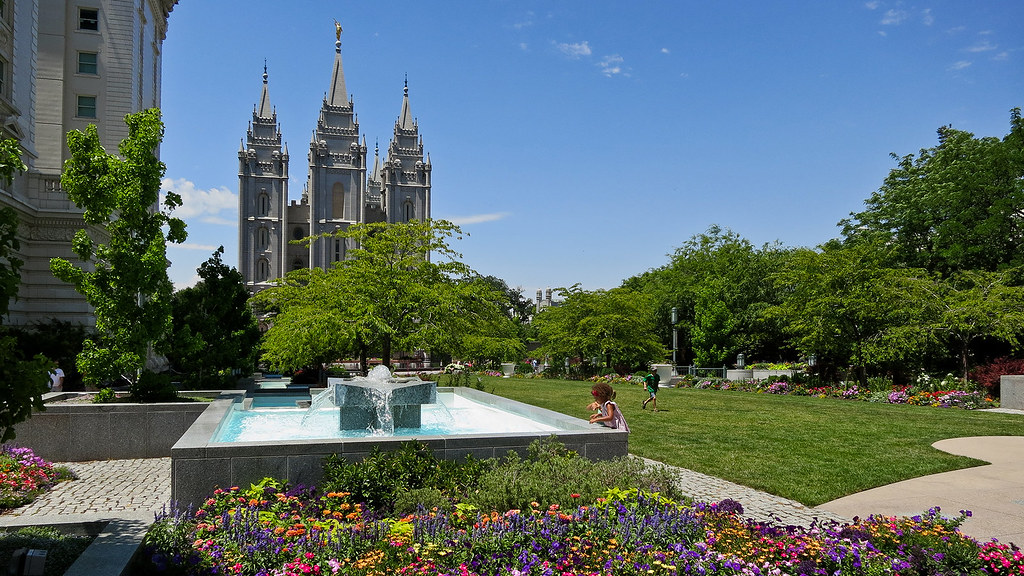 This historic landmark is the most important center of Salt Lake City. It’s presented with a 4-hectare space enclosed by a 4.5-meter-high wall, behind which are Mormons’ major church buildings, including a temple, a prayer house, and an Information Center.

The granite temple that was built for 40 years is closed to non-believers, but the famous chapel is available to everybody. The sloping 76-meters-long and 46-meters-wide dome, originally assembled from wooden shingles, was built with wooden dowels without a single nail. This is because in the 1860s there was not enough iron in Utah.

The dome on the edge leans on 44 pillars of sandstone, providing excellent sound to the famous choir of the Mormon chapel. Sometimes on Thursday evenings 375 singers arrange rehearsals. The majestic organ with 11,623 pipes underlines the solemn decoration of the chapel.

Don’t miss to visit the Great Salt Lake. Even if you don’t want to plunge into its hot viscous water, where the salt content is 25%, the view of the lake itself is worth your attention.

Surrounded by marshland and salt marshes, it has a stunning view, but the Wasatch National Forest Reserve attracts even more travelers with its coolness and beauty. There are expanses for hiking with an overnight stay, trout fishing or hunting for deer, moose and antelope. 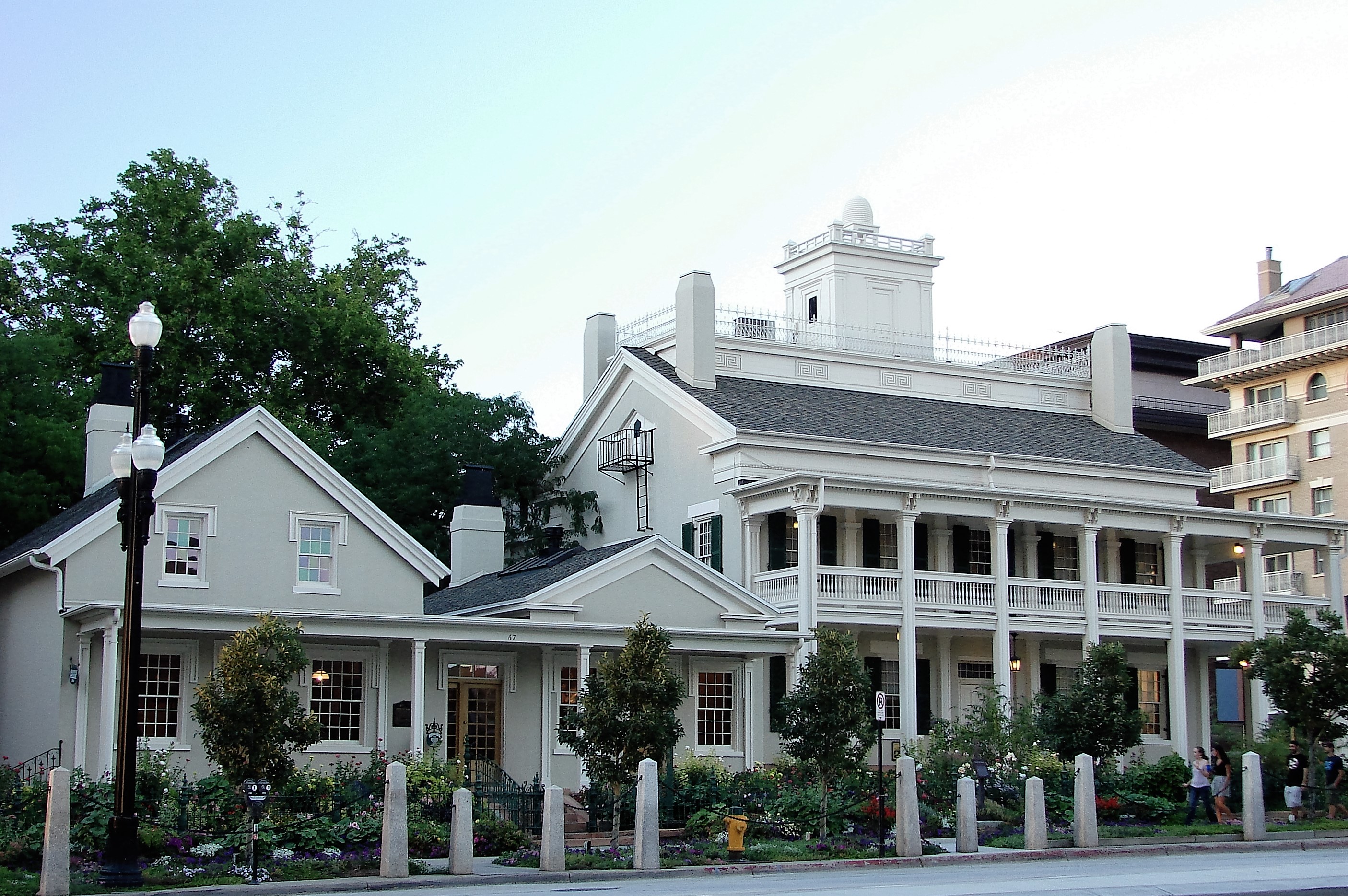 The iconic construction was built in 1854, and after that it became the residence of Brigham Young, who was the head of the local church and the governor of the territory of Utah. However, now here’s a museum.

Among the rooms, furnished in classic style, you will see a children’s room, a magic castle and a charming living room, where in the evenings the Young family sang and prayed.

The life of the religious community of that time is represented in the Pioneer Museum placed nearby. The State Capitol, crowned with a copper dome in a Corinthian-style building offers a magnificent view of the Wasatch Ridge. 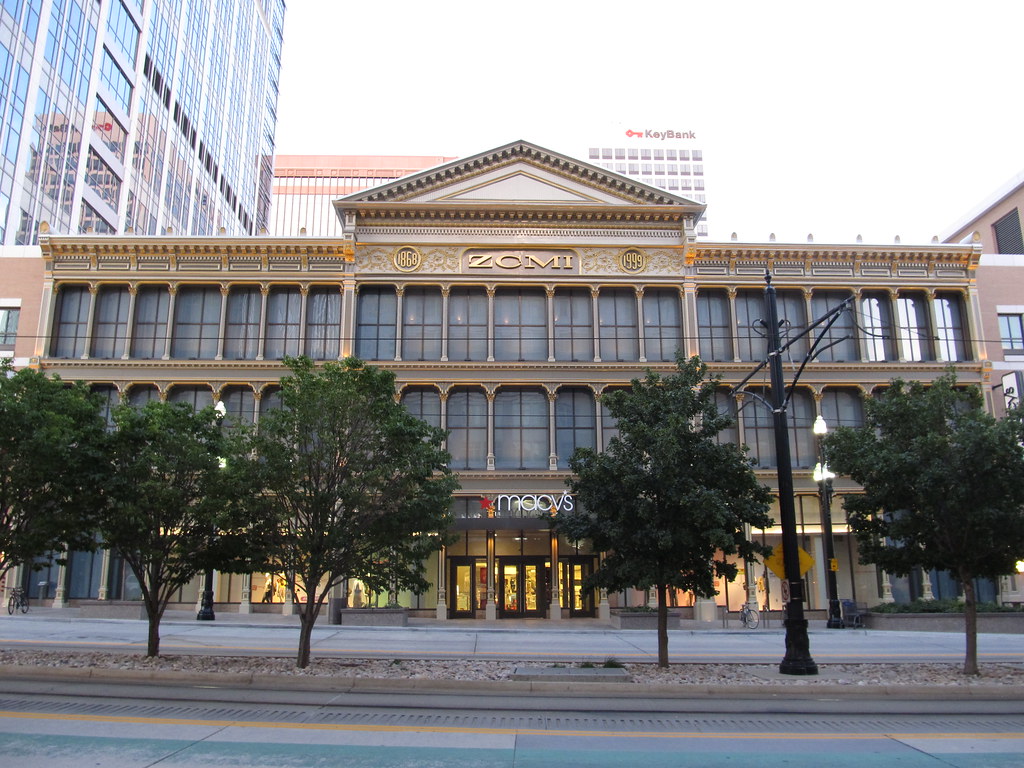 Zion’s Cooperative Mercantile Institution (ZCMI) is a cooperative trade enterprise, built in 1868. It was one of the first department stores in the country. The fascinating facade decorated with cast-iron forging will soon become the face of the newly appeared Macy’s department store.

Now there are restaurants, shops and a cinema. Locals and tourists like visiting an ice cream parlors and movie theaters. The ban on drinking alcohol is already removed in Salt Lake City, so that together with lunch you can order a bottle of wine or a cocktail, or become a temporary member of one of the clubs where strong drinks are not forbidden. 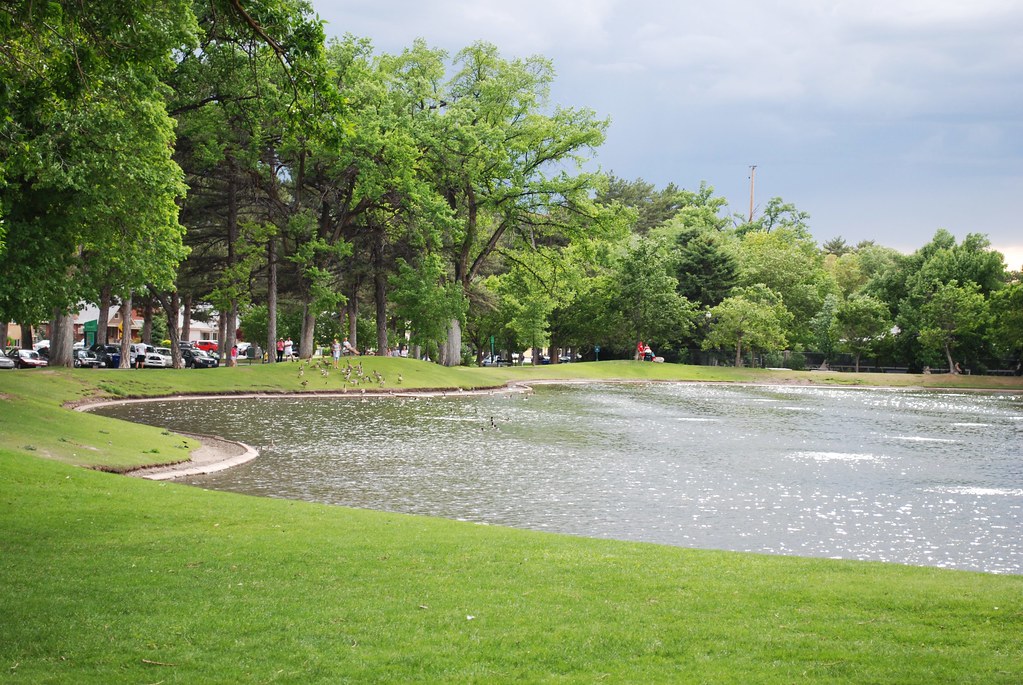 Liberty Park is a wonderful relaxing open-air spot with trees, a swimming pool, a lake for boat trips, attractions and a Tracy Aviary enclosure with unusual birds.

Here are local concerts and festivals are held. The Salt Palace Sports and Concert Complex located nearby serves as another stage platform for performances and special events. The Bicentennial Arts Center is also located here, where theatrical and ballet performances along with art exhibitions are held. 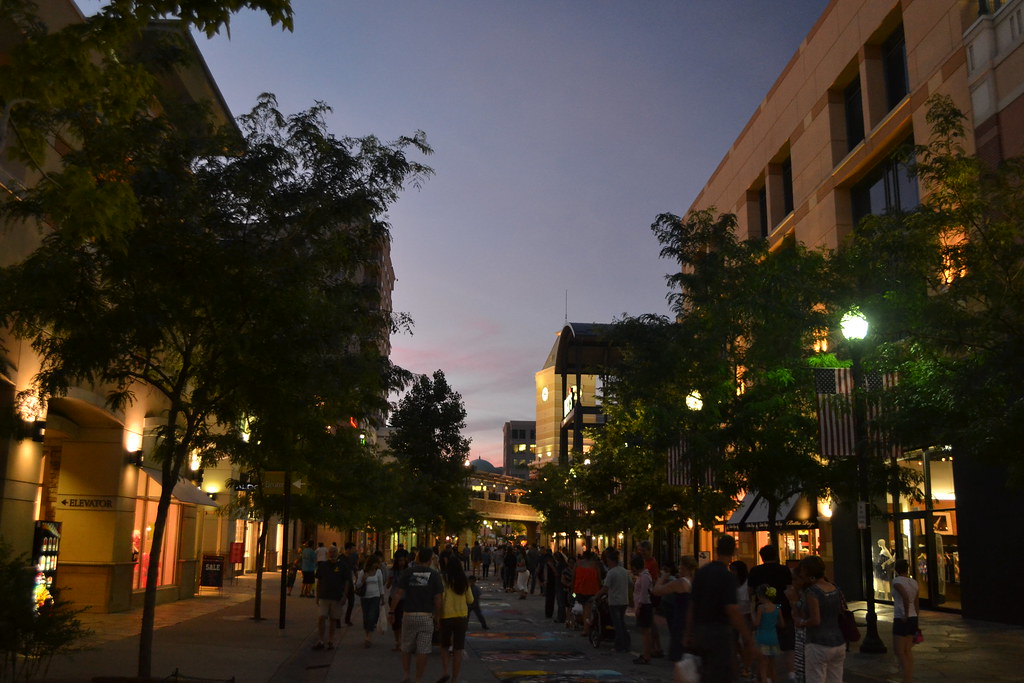 Being a part of a huge residential and office complex, the Gateway was formed around the historic building of the Union Pacific Railway Depot placed in the city downtown.

The central street of Rio Grande was made one-way and passes through the mall from south to north. It hosts the last stage of the Salt Lake City Marathon, which ends at the Olympic Fountain. The mall itself includes about 90 outlets: here you can find all kinds of shops, restaurants, cafes, museums and a dancing fountain.

The creation of the unique entertaining complex was timed to coincide with the 2002 Winter Olympics and became part of an enormous city development project. The Clark Planetarium, Megaplex-12 and the Discovery Gateway Children’s Museum became the major attractions of the complex. Later, in the northeast end of the quarter, an eight-story office tower appeared, and a twelve-story condominium was built opposite the Olympic Legacy Plaza. These buildings have harmoniously complemented the surrounding skyline.