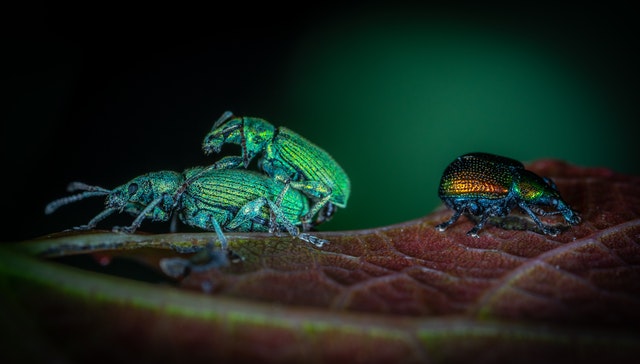 Insects and bugs can be annoying, if not outright dangerous to our well-being. While some insects tend to cause serious ailments, others cause you pain and discomfort. It doesn’t matter why we try to disinfect our homes and surroundings, but the fact remains that bug sprays and pesticides have become a part of most of our lives.

Seldom do we take a step back to consider the environmental impact of such chemical-based bug sprays.

Undesirable effects on ecosystems and species

Did you know that when you spray bug sprays or other types of pesticides, less than 1 percent of the sprayed amount reaches the target bug? The rest of it is lost through the spray drift. Off-target deposition of bug sprays is an environmental concern. This is because the spray can drift off to the environment and cause undesirable effects on species and mammals. In fact, studies have been done that signify that bug sprays have the power to affect the entire ecosystem, including humans negatively.

It has been quite hard for researchers and scientists alike to pin bug sprays that are chemically based on being the culprit. This is because generally, the concentration of the product used is quite low. Hence, it is not enough, per spray, to elicit a quick and detectable response in humans or animals alike. This is why their impact on the environment might go unnoticed.

However, now there have been various studies that showcase the potential long-run impact chemical-based bug-sprays have. For starters, it is being debated that the pesticides may induce genetic disorders as well as physiological modifications in organisms.

Most chemical-based repellents are equipped with one specific chemical. And that is DEET. Its chemical name is N, N-diethyl-m-toluamide. It has been in use in bug sprays for quite a while. Its development and testing can be traced back to the times of World War UU. It has been observed that DEET delivers the efficiency and effectiveness that keeps mosquitoes, ticks, flies, and chiggers at bay.

Apart from bug sprays, the chemical is also found in insect repellent that is applied to the body, towelettes, and lotions. Ever since it was developed, there was a lot of talk surrounding the safety and environmental impact of this chemical.  In 1998, a review was done by the Environmental protection agency which approved it for use. However, since then, new data regarding the chemical has emerged. And this data shows that DEET may not be as desirable for the environment and our body as we once believed it was.

For example, a study was conducted in 2009 that showed that DEET could affect the enzyme activity in the body. Since bug sprays are known to persist in the environment, this effect may not necessarily just be seen in humans, but also in other organisms by extension.

A study conducted in France went as far as to suggest that the chemical has the power to cause muscle spasms and eventual death, depending on the concentration used.

One of the reasons solutions like plant-based bugproof is gaining popularity among the masses the awareness about the different environmental impact of chemical-based pesticides. One known undesirable effect is biomagnification.

Due to the food chain and the ecosystem, soon the accumulated chemical will be passed from lower trophic levels to higher ones. In each trophic level, the concentration of compound may increase due to indirect (via food) and direct (via air) exposure to the chemical. This is known as biomagnification.

This way organisms get contaminated from within, and soon their offspring’s are also provided with the same. This is especially true in the case of marine mammals that consume the milk of their parents and hence get a high content of pesticide.

The power of inert ingredients

It isn’t just the active and reactive chemical that is the source of the problem in chemical-based bug sprays. Instead, inert ingredients also play an essential role in the formulation and how it affects our body. When you spray bug sprays, humans, animals, and plants are all exposed to both active and inert ingredients. Now, the inert ingredients may not have components that trigger pesticidal activity. However, they do facilitate the process.

Therefore, they play a role in enhancing the acceptance of the active ingredient in both target and non-target organisms. For example, glyphosate formulated bug sprays effect aquatic plants along with toxic bugs!

Even if non-target organisms are not affected by the spray of pesticides, the use of chemical-based bug sprays still manages to impact the environment negatively. It does so because of how the ecosystem works.

For instance, some bug sprays tend to have Organophosphorus as their active ingredient. This chemical is known to be acutely toxic and works on a wide array of insects and bugs. Once the target organism is eliminated, still secondary poisoning can occur when other predators consume the infected animals or insects. History has various examples of this!

In 1995, Argentina saw the deaths of over 6000 hawks. It occurred after they become poisoned. How so? Well, they were fed grasshoppers that had been killed via organophosphorus based pesticides!

Does this mean you should stop using bug sprays? No! You need bug sprays and repellents to protect yourself from dangerous insects. So, what should you do? Well, start using plant-based bug sprays instead. They are effective and lack the toxins characteristic of conventional bug sprays. Hence, they are an excellent alternative to chemical-based options.

Tips for Taking a Road Trip With Kids Previous post