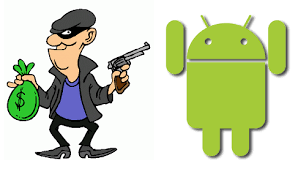 The recent position of Android operating system in the market of mobile operating systems is really unquestionable. In addition to user friendly interface, there is a plethora of apps that is made on Android platform and these apps offer a level of convenience that this world has never known before. As a result, approximately 90 percent of the smart phone manufacturers are embracing Android as the preferred operating system. Most smart phone analysts foresee Android to be dominant in smart phones, much like Windows is dominant in the desktop PCs.

The latest research work suggests that over 95% of the world’s mobile malware in the year 2013 targeted the Android devices and it is approximately 15% more than the previous year. Furthermore, the research shows that the malware signatures’ total number is on the rapid rise. That is not all. Hackers and other cybercriminals are also targeting the platform using advanced spying technologies like SMS tracker, making a complete mockery of user privacy in the process to fulfill their malicious agendas. Here are some of the biggest security risks for Android devices:

Now these days, hackers are coming with advance ideas to inject the malware or adware into the phone, or steal the credentials from the phone. In order to make android smartphone safe and secure for the users, stringent mobile application security testing is required.