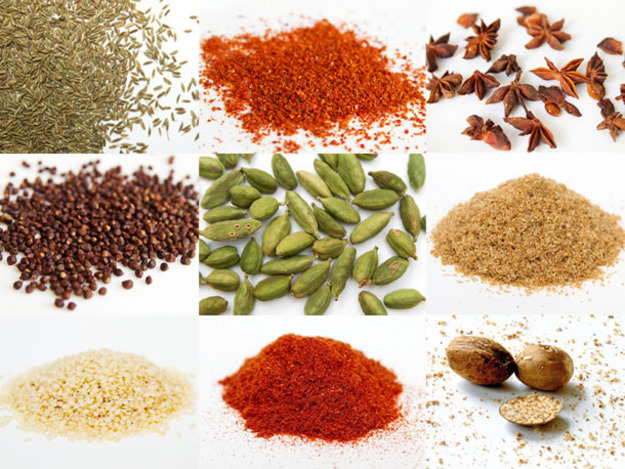 July 7, 2016Comments Off on The Key Spice Blends Of Indian Cuisine0292
0Shares

India is one of the most densely populated countries in the world – with more than 1.2 billion inhabitants, it is the second most populous country in the world after China. To put that in real terms, one in every six people on Earth are currently living in India!

But that’s not all; as well as having a large population, India is an incredibly diverse country, with multiple religions being practiced and hundreds of languages being spoken (although the government only officially recognises 21 of these).

This notion of variety and thinking ‘big’ can also be seen in the cuisine of the country. Styles of cooking and eating vary greatly between regions and even between families, but one thing is consistent and binds India’s culinary diversity together: the big, bold use of spices. Indian chefs and home cooks don’t hold back when it comes to using spices; in fact, there are very few recipes that only call for one or two spices to be used. If you are cooking an authentic recipe, you can expect to use a liberal dosing of spice.

Spices have been an inherent part of India’s culture for more than 3,000 years – used not only as flavouring but for their medicinal properties, too. From fresh, fiery chillies to warming cinnamon and fragrant cardamom, each spice brings its own unique taste to a dish; and when used together, they can create a perfect harmony of flavours.

The key is knowing how each particular spice will impact the overall taste of a dish; but once you know the basics, you’ll be able to create an array of perfectly-spiced delights.

Garam masala: The exact combination of spices used to make garam masala differs greatly across the regions of India, but a basic recipe will usually contain cumin seeds, cardamom pods, cinnamon, cloves, turmeric and peppercorns. The spices are roasted whole and then ground together.

If you’re in the UK and wishto sample these Indian spice blends in a range of mouth-watering dishes, pay a visit to London and one of its best fine-dining Indian restaurants. Here, regional chefs use their knowledge of spices and traditional cooking techniques to create truly authentic and exciting menus.

TOP SKILLS EVERY RV SELLER MUST HAVE Previous post