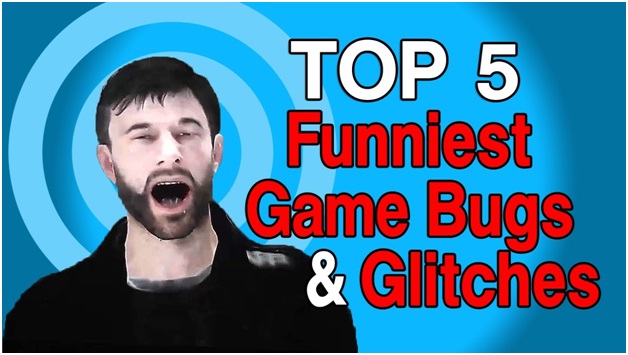 Although they are sometimes unwanted side effects of poorly optimised coding, glitches in games can also produce some of the most memorable and hilarious moments.

So in the name of breaking the fourth wall, destroying the illusion of reality and making people laugh a lot, here are a few of the funniest game glitches ever uncovered.

This game was famously buggy following its launch in 2014 and featured a huge number of unexpectedly mirthful glitches, including character faces disappearing to leave just the eyeballs and teeth suspended in mid-air. An especially funny glitch to encounter during cut scenes, although developer Ubisoft had to apologise and offer a patch to players quite quickly.

This dungeon crawling RPG’s funniest moment was not really caused by a glitch, but rather by a well hidden piece of deliberate oddness. The developers added a level in which cows armed to the teeth could be battled by players, but only after beating the game and messing around with object transmutation to open up the portal to this bovine world.

Cheesing bosses is a bit of an art within the world of Dark Souls, the notoriously difficult swords and sorcery title created by From Software. And being able to make the Taurus Demon, the first true boss in the game, jump off the battlements that he prowls is not only very funny, but quite cathartic for players who have been bashing their heads against the wall trying to beat him.

Since the annual football games in the FIFA franchise introduced advanced physics for player interaction, leaving less down to pre-programmed animations, things have become a lot more realistic. But equally when the physics engine messes up, you can get everything from players appearing to kiss to limbs flailing wildly, with thousands of gifs and videos online showing the silliness that ensues.

For the optimal glitch-based nonsense in the Sims franchise it is necessary to turn to some player-created characters. Downloading custom skins is easy enough, but the game cannot handle it when you choose to create children by combining, say, an avatar that looks like the jackal-headed Egyptian god Anubis with a normal human being.

The offspring of custom characters will look like they are in need of serious medical attention. And companies can benefits from the healthcare SEO offered by bhm media if they want to provide this in the real world.

Various glitches existed in this popular Wild West adventure from Grand Theft Auto maker Rockstar. And as with Assassins’ Creed: Unity, a lot of the biggest issues were discovered shortly after it was launched. The funniest glitch of the bunch involved being able to discover a female NPC which for some reason had been endowed with the same abilities as the horses in the game. This meant being able to climb onto her shoulders and ride her at incredible speeds across the open desert in a preposterous manner.