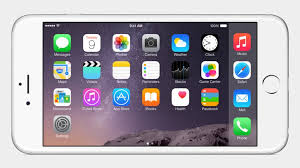 iPhone 6 Plus: An Amazing Thing From Apple

In the early 2014, the first time we heard the rumour that Apple was planning to launch a variant of the iPhone 6 with screen size 5.5″ and first thing that strikes the fan was that Cupertino giant the Apple had gone mad. We always thought that screen of iPhone 5S was too small by the standards of today, but it seemed unthinkable that Apple, who until now fleeing phones with large screen, give the jump to the segment phablet with a 5.5″ screen smartphone or now it could be called as Apple first phablet.

But on September 9 Tim Cook unveiled the iPhone 6 with screen of 4.7″ and the iPhone 6 Plus with screen of 5.5″. Although the iPhone 6 Plus seems to be especially directed to the Asian market, where mobile phones with bigger display are being sold in good number. If we compare two models, the only differences are in the size and screen resolution, battery capacity, optical stabilization (which only has the iPhone 6 Plus) and obviously the size and weight. In the iPhone 6 Plus if you want a big screen, you know that there is no choice but to resign themselves to a terminal that take up much space. The 6 Plus is no exception, and we face a phone, which is large and heavy. And it occupies more space in the palm than other similar phones.

The worst exploited area happens to be off the screen, which has much unused space. We wished that Apple would reduce the height of this area, although this would have broken the horizontal symmetry of the phone. The LG G3 and OnePlus One, both comes with screen 5.5″, are narrower, shorter and lighter than the iPhone 6 Plus. So, in this case Apple doesn’t win the war. The Samsung Galaxy Note 4 which has already been launched, has a very similar size and weight to the iPhone 6 Plus, even when it has a larger screen, 5.7 inches.

The increase in size compared to the iPhone 5s is substantial, where the iPhone 6 Plus looks like a giant beside which until recently was the flagship of Apple. Luckily, the thickness of the iPhone 6 Plus is unbeatable as it has only 7.1 mm thick. Its thinness has an important advantage: the iPhone 6 Plus can be carried comfortably in any trouser pocket, even in jeans.

The iPhone 6 Plus body is constructed of aluminum, which gives it a very sophisticated look and is very comfortable to hold. Most Android phones – except some as the HTC One M8 and, in part, the Samsung Galaxy Alpha and Galaxy Note 4 – are made ​​of plastic or tempered glass, so that the new iPhone still stands out for its design and construction. And yes it is the most recommended phone of the time but the contract phone could be your solution. As we mentioned the contract phone, few people are limited with their bad history of credit but they should not worry. You could search the web for bad credit mobiles term and you would find a solution for you as you could enjoy the new contract phone even if your bad ratings are causing problems for you.

HTC One M10: The New Revolution From HTC Next post