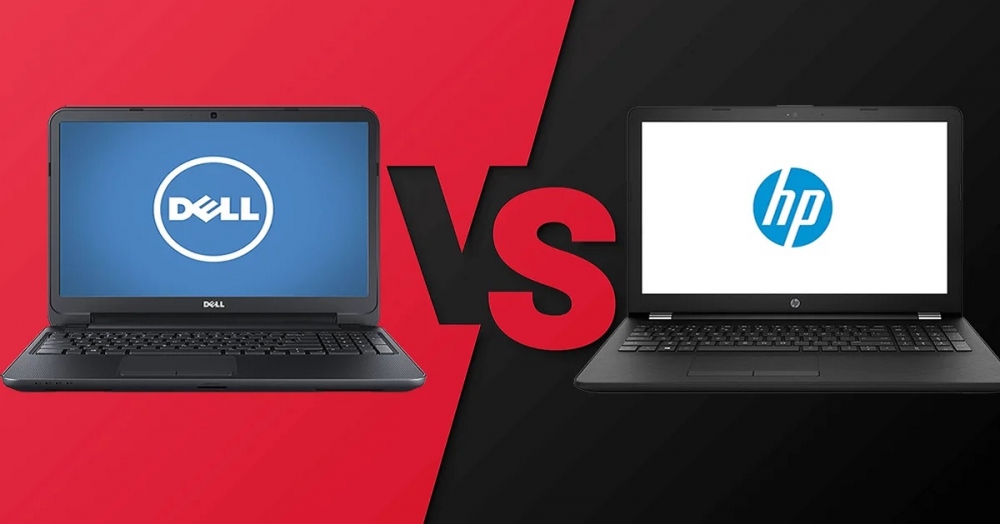 HP & Dell Laptops | Which One Is Better?

Laptops are the most preferred type of computers in the world. As technology is improving, Laptops are getting more and more affordable every day. Everyone from students to business moguls prefers using laptops to do their work. However, the selection is so extensive, you do not have much idea which brand of computer does one needs to buy.

The most popular and best laptops around the world are built by the two computing giants called Dell and HP.  Now which one should you buy and which one you should not buy? What is the differences between HP and Dell laptops, and how do they compare with each other?

Well, we have done our research on these two computing giants and are here with our findings on the laptops they produce, which is coming right up.

Dell was established in 1984 and has now become one of the most recognizable computer companies. They took their start in desktop computers but are now focusing on their portable computers. People around the world know and trust their computers for what they are.

In the appearance department, dell has kept a very uniform and simple design. They sometimes do put crazy-colored laptops on offer. However, their design philosophy remains remarkably consistent, minimalistic, and productivity-driven. The only place where they have their fun designing machines are those from the Alienware line up where they offer all sorts of things like backlit logos and keyboards.

In the component department, dell offers the user as much as it wants. Their products range from low-end hardware having dual-core processors with Intel HD integrated graphics to quad or octa-core machines with some of the highest-end graphics card options. Their screens range from 11 to 17 inches which come in a variety of resolutions from 1366*768 to high-end 4k displays.

The performance in the dell laptops correlates directly with the price of the computer. If you have bought a high-end Alienware then be ready to see the highest frame rates of your life on the highest refresh rate screens. They do not compromise with their performance, but only if you are willing to pay for it.

Dell also does not shy away from R&D, and they often do their best to be improving at all times. They are always redefining their process and making improvements in their computers.

Dell’s customer care and support are also some of the nicest around the world. They will respond to your problem as soon as you contact them and might even remotely connect to your computer to fix the problem. If they are unable to do so, then they will ask you to get the nearest dell service center where the expert will take a look at it. If it is still not able to be serviced, then they will whip out a new machine and send you on your way.

Dell pricing structure reflects its machine. They sell their laptops at authorized resellers which helps them keep their costs down. Their prices range from limited budget to very high end according to your needs.

Starting in a garage, HP took their start directly from laptops. Their machines are also some of the most recognizable in the world. Now let us have a look at HP.

In the design aspects, HP laptops do not lean towards a consistent design and keep on reimagining their lineup by continually changing their design philosophy. They know how to keep things fresh and trendy. They, however, do not lose any points in sturdiness and reliability as well as they are known to use high graded materials for their manufacturing processes which keep their computers in an excellent condition.

HP also uses the same components that Dells use and their products range from low end to the highest of high end. Their screen sizes range from HD to QHD or 4k.

HP’s battery life is the best in the industry, and their machines are known to last up to 12 hours or more.

Their computers also do not skimp on performance, and HP laptops always add new things and features to all their computers while keeping their cost the same with the other manufacturers.

HP’s research and development are also very hard at work bringing out the latest every year, not in just notebooks but also desktops and other components.

Their customer support has many places where you can see them. You usually do not even need to contact them as they have made videos on YouTube on most of the issues that customers face. However, if you do need to call them, they will help you to the best of their abilities.

HPs prices are however higher than their competing companies due to the fact they use high-grade materials, and they need to profit off it.

Here was a direct comparison between HP And Dell Laptops, which I hope you found useful. HP and Dell both are great companies, and the match often comes down to your personal preference.

Why Are Used Cars from Japan Inexpensive? Previous post