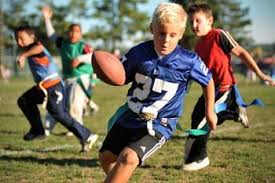 How To Organize A Sports League

Sports enthusiasts who want to have fun in the community and bring residents together can consider organizing a sports league. Sports league allow both children and adults to stay active and spend more time outdoors. When preparing to start a league, there are a few important steps to take.

Several costs are associated with running a league, although it doesn’t need to be expensive. You’ll need to raise money for referees, a facility, uniforms, and marketing. Expect to use half of your expenses on the cost of the facility. You can look at local churches, public schools, community centers, and public parks for a location where games can be held.

Use the Right Tools

The key to successfully running your sports league is to stay organized. You’ll need a few tools that make it easy to run each part of the league efficiently. Tools like sports scheduling software will allow you to avoid spending as much time to make game schedules in each season. You’ll have the ability to create reports and publish them on the league’s website.

Your league will succeed if you’re intentional about promoting sign-ups in the local community. Create a social media presence by making accounts on Facebook, Instagram, and Twitter. You can target the right demographics depending on the social media accounts that you use. Post two to seven times each week with updates and photos. You can also ask questions to your followers to engage in conversation and get them interested in becoming a player in the league.

It’s important to establish clear guidelines and rules in your league to avoid confusion. You can modify the rules depending on the atmosphere of the league. Competitive leagues should have a meeting before the season begins to allow everyone to ask questions and get an understanding of the rules. You’ll also need to remind the members of the league to practice proper sportsmanship, which includes shaking hands before and after matches. The players can also be expected to have integrity, cheer positively, and avoid disrespecting the referee.

When you want to enhance the quality of your community and bring different types of people together, you can start a league that will allow everyone to have a bit of fun. With the right steps taken, you can enjoy bringing a bit of sportsmanship to the local area.

Do You Need To Sell A Classic Car? Previous post

Sports February 11, 2021Comments Off on The Success Behind The 2020 NFL Season