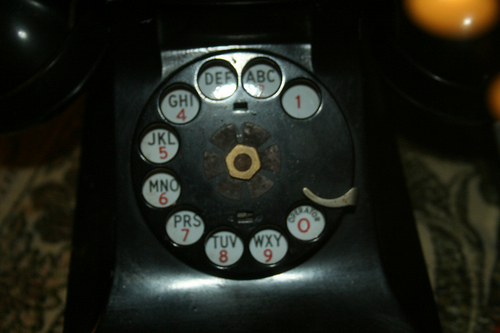 March 26, 2015Comments Off on How The First Telephone Call Revolutionised Communications061
0Shares

Every child in the world is brought up to know about the man behind one of the greatest ever inventions: the telephone. The first ever conversation between Alexander Graham Bell and his assistant, Mr Watson, revolutionised the way we communicate. The technology has advanced way beyond the expectations of Mr Bell, and we can now make phone calls to anywhere in the globe whenever we want.

Alexander Graham Bell was originally from Edinburgh and was born there in 1847. As his wife and mother were both deaf, he had a significant interest in the use of sound. This was one of the key influences on the direction of his future work. He later went on to specialise in sound and was a keen public speaker. On arrival in the USA, he taught the deaf before going on to invent the telephone.

The patent for the telephone was granted to Bell on 7 March, 1876, and just three days after he successfully made the very first telephone call. On 10 March, a brief conversation took place between Alexander Graham Bell and Thomas Watson from two rooms in his offices. It simply consisted of Bell saying: “Mr Watson, come here, I want to see you”. However, these few seconds revolutionised how people spoke to each other and made the modern-day telephones possible.

The phone was then exhibited during that year’s Philadelphia Centennial Exhibition in June. After this first call, he didn’t stop inventing. Alexander Graham Bell went on to create the photophone. This was the world’s first wireless system and used light beams rather than electrical wires. The invention in 1880 was the beginning of cordless phones and the fibre-optic telephone systems that we see today.

He had a great vision of what he wanted to achieve through his invention. His aim was to provide friends with the ability to talk to each other from their own home. He certainly achieved that, and with the advance of mobile technology, companies such as http://digi-tel.co.uk/telesales can now contact us at any time.

In 2013, researchers managed to locate a recording of Bell’s voice made in 1885. The recording was found on a wax disc at the Smithsonian Museum and allowed us to hear for the first time the voice that made the first telephone call.

The Impact on Modern Life

The work of Bell and others of his generation means that we are now able to speak to friends, family and telesales companies across the world. Over the years the technology has advanced considerably, and we can now even make video calls using systems such as Skype.

On the 1 January, we celebrated 30 years since the first mobile telephone conversation in this country.The phone took 10 hours to charge and only allowed 30 minutes of call time, but it once again revolutionised telephone technology.

Without that very first telephone conversation, we might not have the systems we are so used to today. Bell was at the forefront of a great deal of modern communications theory and helped pave the way for easier global communications.

Which is the Best Drone in the Market? You must admit that drones are trendy…