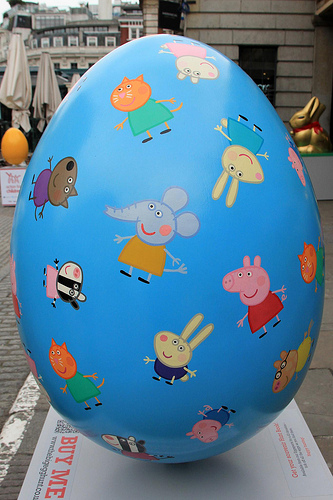 Video games are packed with unlockable assets, secret areas and hidden references to pop culture. This is part of what makes the community surrounding them so vibrant and active.

Often the developers make these elements deliberately difficult to access, meaning that only the select few players will discover them.

In the early days after the release of a game, people are always struggling to uncover the Easter eggs concealed by the creators.

And so just as social media marketing services from firms such as  Elevate UK  can help to make businesses more visible online, here is an elucidation of the 10 greatest video-game Easter eggs of all time.

This seminal N64 FPS actually contains an emulator for the ZX Spectrum along with some of developer Rare’s old titles. Presumably used for testing but disabled before release, this is an odd secret that was not unearthed for more than 15 years.

Portal’s concluding song, Still Alive, is still a hugely popular video-game meme and can also be found in Valve’s Left 4 Dead 2, playing on a jukebox in the Parish area after a bit of waiting.

Nintendo loves being self-referential, and in 1998’s Ocarina of Time players can spot portraits of Mario and Bowser hanging in Hyrule Castle, of all places.

GTA IV’s Heart
This odd Easter egg is not that hard to find but earns points for being thoroughly unsettling. Inside the Statue of Happiness is a room containing a huge heart suspended from chains and beating away – a pun taken literally.

Put together the first letter of each of survival horror classic Dead Space’s story chapters, and you will reveal a huge spoiler that ruins the twist at the end of the game. However, most players will not have been paying such close attention to a seemingly meaningless element on their first time through.

Mirror’s Edge and the Rodent Problem

In the mandatory sniper section of Mirror’s Edge the player can shoot a sign in the background and be rewarded with the sight of a rat the size of a car shooting down the road below them.

John Romero was the original wild child of the video-games industry, and in Doom II you can find a digitised image of his decapitated head within the last boss of the game, but only if you activate a cheat to walk through walls.

To play through Gears of War 2 with all the hard-nosed space marines wearing cowboy hats, head to the third chapter in the game on the highest difficulty setting and shoot down any headgear you see around you to unlock this oddity.

In Metal Gear Solid the villainous Psycho Mantis can actually check out the save files from other games and make reference to them in a creepy meta Easter egg.