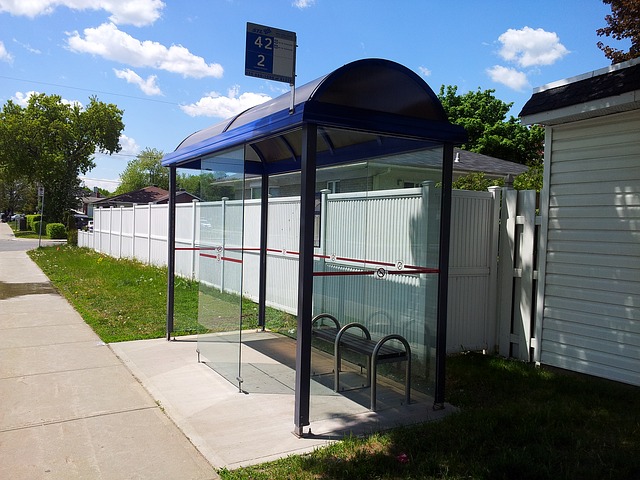 If there is one thing which never ceases to change and reinvent itself over time, it is technology. The everlasting quest to fuel humanity’s various endeavours is at the forefront of technological advancement. In a relatively recent evolution of technology, the human race has started shifting from generating electricity through non-renewable sources of energy like oil and coal to renewable sources of energy like wind and solar power. Solar energy in particular has grown in terms of popularity in recent years, with many interesting new innovations being trotted out quite regularly. An increasing number of homes and businesses are now using electricity generated by solar panels and are conserving energy in the process.

In further step toward the solar revolution, the UK very recently unveiled its first operational solar panel-based bus shelter in London. The bus shelter has its own solar panels which it uses to generate enough electricity to power the average British home. While the bus shelter is not actually used for sending its energy elsewhere, it is self-sufficient, with the energy generated used to power its own advertisement panels and lighting.

The innovative bus shelter has been designed by the company Polysolar in collaboration with Canary Wharf Group, with Marshalls supplying the infrastructure and furniture required to make the shelter. The shelter has been designed beautifully, with a butterfly roof which prevents rainwater from collecting on top of the shelter and stagnating. A special kind of photovoltaic glass has been used in the shelter so that clean and efficient energy can be generated without having to add on any additional energy collecting structures. The presence of PV glass also ensures that whenever the battery or power available is low, the shelter can automatically dim the lights if required. The lights can also be dimmed or turned off during day time in order to avoid wasting power.

The solar-powered shelter offers a key advantage when compared to traditional bus shelters. For starters, it produces clean energy which would normally have needed to be generated via non-renewable sources. To that end, the innovative new bus shelter is carbon neutral and therefore a lot better for the environment. Furthermore, the solar-powered bus shelter costs about the same to produce as a normal bus shelter. This, coupled with the fact that it looks after itself in terms of energy consumption and requires very little maintenance, means that it is also a significantly better long-term solution financially speaking.

Considering this innovation in London, it can be safely assumed that the future of solar energy operated devices and panels are very bright (if you’ll pardon the pun), with more and more solar-powered devices appearing in our daily lives. UK authorities have already declared that they will be producing more of these carbon neutral bus shelters in other parts of London and across the UK. Should the rollout be successful, it shouldn’t be too long before several other European cities follow suit.

In a world where everything from houses to aeroplanes are solar powered, it is becoming difficult to figure out just what the next big thing in renewable energy will be!