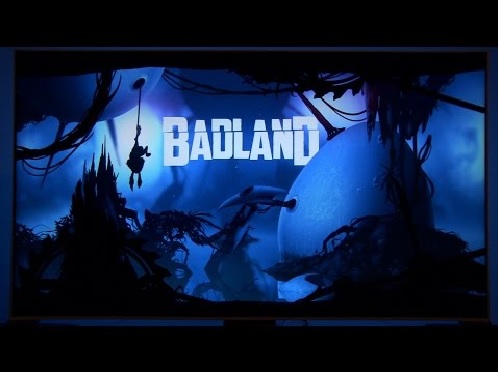 Best Games You Can Play On Android TV

Google’s famous Android TV is quite an ambitious device. It doesn’t just use Nexus Player as a main Chromecast to stream content from people’s phones, because it wants to create an ample ecosystem of magnificent apps and games that can be played on Google’s TV. The company wanted to close a deal with Asus; they were thinking of building a dedicated controller for the Android TV. However, they didn’t have to do it anymore because the remote included in the Android TV package already works as a gaming controller. That being said, here are a few games that work smoothly on Google’s pioneering Android TV.

Badland is not just a top choice on tablets and smartphones. It looks like this mystifying game is also highly praised for Android TV, too. Players are in control of a “blob thing” or dark, funny creature they must navigate throughout a gloomy environment. Watch out for falling obstacles, otherwise you’ll get smashed. Incredibly alluring and quite addictive, players grab tokens along the way that will enlarge or shrink their “blob”. As easy as it may seem, Badland demands a lot of attention.

This fabulous puzzle adventure game features the coolest grid-based mechanics and funniest drunk robots. Out of 100 puzzles available, CLARC will keep you hooked of the Android TV for hours in a row. Players have 25 levels at their disposal, and approximately 12 hours of play. CLARC is a beautiful Android game; it has cute cartoonish graphics that match superbly with the goofy narrative. Nonetheless, this doesn’t mean it’s that simple to finish.

Featuring the most intricate hack-n-slash in-game mechanics, Eternity Warriors is a dungeon-crawling Android game that prides with some pretty cool graphics. It comes with co-op and PvP modes, thus allowing players to enjoy the game with others. If you ever tried Gauntlet Legends, then you’ll know exactly what to expect from Eternity Warriors 2. Recently optimized for Android TV, avid players should be prepared for some serious hacking and slashing.

Leo’s Fortune works smoothly on Android TV because of its convincing demo at Google I/O. The platformer game puts players in charge of Leo, a really cute little monster who must struggle to find his fortune. The simple yet incredibly beautiful graphics are seen perfectly on Android TV. As for the game mechanics, Leo’s Fortune looks rather simple to master, although as you start playing you realize things are a lot more challenging than you thought.

After you’ve seen the movie and played the game on smartphone and tables, now it’s time to try it out on Android TV. Are you ready for a challenge? Minion Rush is packed with fabulous missions and engaging levels avid players will adore. Collect exotic fruit, scramble, dodge or roll against each other, and just enjoy the madness to the fullest. Gather tokens and bananas to customize your minions and purchase them costumes, power-ups and weapons, and get ready for an incredible journey on Android TV with Despicable Me.

Airborne was named the best arcade racing game for Android, so fans were delighted to play the Android TV version, as well. If you’re crazy about cars and you’re competitive enough to win, choose from 56 luxury cars the one that best matches with your personality. Are you a Ferrari kind of competitor, or do you want to let Lamborghini exceed your expectations? On Android TV, Asphalt 8: Airborne is sleek, realistic and incredibly entertaining.

Now that the Android TV has finally made an entrance, we can only expect for more pioneering games to become available for its avid fans. If you haven’t tried the fascinating games we just mentioned, make sure you do. They’re all superbly crafted and well-worth your attention and interest.

Get more information about Train Games 365! You’ll have better idea.