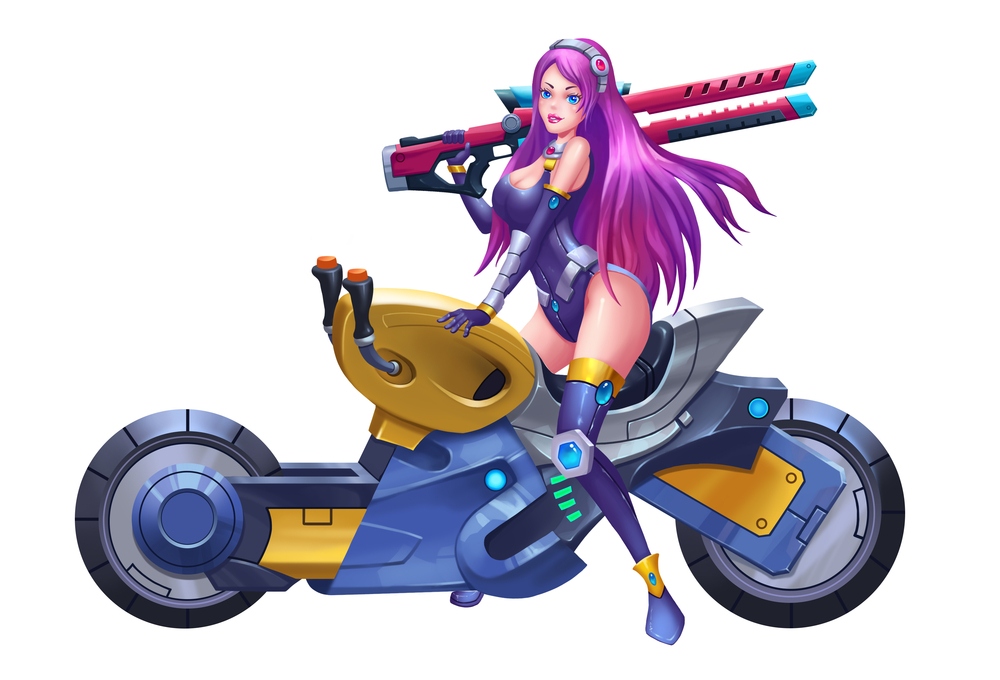 Chloe Frazer – Uncharted Series: She is a badass Australian treasure hunter, who is skilled in fist fight and gun fight, depending on the situation. Chloe is known for her bravery and saucy attitude.

Samantha Byrne – Gears of War 3: Private Sam Byrne or lovely duchess or duchashka, isn’t your typical soldier. She is a veteran, who is battlehardened enough to eradicate alien Locusts and fight for the survival of humanity.

Oerba Yun Fang – Final Fantasy 13: With the word “Fang” in her name, she is definitely a tough individual. Yun Fang is fearless and intense, but can also be caring and compassionate. She has the willingness to fight and known for her excellent skill when using spear. Fang is more than able to protect herself and dish out significant damage.

Chun Li – Street Fighter Series: Driven by revenge, she sought to avenge the murder of her father by investigating the Shadaloo crime syndicate. She is a nimble fighter with very strong legs and known as the First Lady of Fighting Games.

Faith Connors – Mirror’s Edge: Connors is a free-running or parkour expert. She jumps off buildings just for fun. She joins the Runners to rebel against the totalitarian regime. The group operates independently with the intrusion of the government. Faith Connors is a combination of passion, brains and beauty.

Jill Valentine – Resident Evil Series: Jill Valentine is a special agent who has witnessed various questionable government secrets, including research of genetic mutants. Despite the near apocalyptic zombie outbreaks, she continues to survive and eliminate even the most menacing creatures, even with limited ammo.

Princess Zelda – The Legend of Zelda Series: Princesses are not really known as badass characters in video games, but Princess Zelda is one of the toughest on the block. Although she fulfils her traditional of becoming the subject of kidnapping again and again, she can turn into her alter ego, as Sheik. It’s a completely different persona, who is determined and proactive.

Jack – Mass Effect 2: Jack is also known as Subject Zero. She is a notorious criminal who specializes in murder, vandalism, kidnapping and piracy. With immense power, she can literally tear her enemies apart and lift objects from a distance. Despite her tough appearance, Jack is haunted by troubling past.

Samus Aran – Metroid Series: Samus was a big shock in the gaming world in 1986, when people found out that the protagonist and the infamous bounty hunter in Metroid was actually a female. Samus eventually become one of the most loved heroines in the video game history. Despite her gender, it doesn’t hinder her in battling countless space pirates and clash against extraterrestrial parasites. In the game, she carries an arsenal of gadgets, rockets and lasers.

The Boss – Metal Gear Solid 3: Snake Eater: The Boss is known for her tragic past and absent future. She sacrifices everything, but her country turns its back on her. As a female character, she portrays a level distinctiveness, complexity and depth.

The Use of Drugs in Video Games Next post