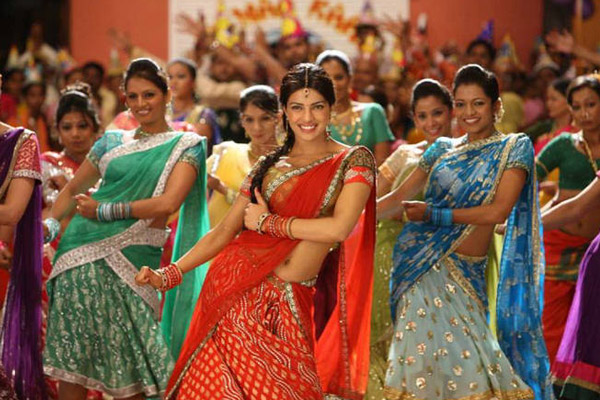 9 Songs To Ban At Your Wedding

Songs can be so marvellously melodic that you forget they are also made up of lyrics too. A slow song does not a wedding song make. Otherwise, we’d be marching down the aisle to The Carpenters’ “End of the World.” Nor does anything with “love” in its title; “You Give Love a Bad Name” is terribly out of place in any wedding function.

What follows are some songs you should have good sense to forbid at your wedding:

“If You Wanna Be Happy”

You’ll see a blushing bride for all the wrong reasons if you play this deceptively cheerful ditty by Jimmy Soul. Just listen to the lyrics, bro. Keep in mind that a wedding is the happiest moment of any woman’s life, because it’s where she feels wanted, where she feels beautiful. Don’t kill the vibe with a song that categorically tells her she’s ugly, in front of everybody. If you really want to be happy, play something along the lines of Joe Cocker’s “You Are So Beautiful” or Prince’s “The Most Beautiful Girl in the World.”

“I Will Always Love You”

This is a perfect example of why the word “love” can easily be taken out of context in a song. Whether you prefer the melismatic classic by Whitney Houston, or the original version by Dolly Parton, prevent this breakup song from playing at your wedding. You would want guests to part with effervescent emotions, not “bittersweet memories.” So, goodbye, please don’t cry. We both know, this song is not what you need.

Now here’s a song whose title warns you of its toxicity. Tammy Wynette was speaking from experience when she sang this; she was married multiple times. Her catchy song is everything you spell it out to be: the antithesis of love and joy on your wedding day.

“The Lady Is a Tramp”

Don’t fall for the excuse that everybody loves Frank Sinatra. Do you want to tell your wife that she’s a tramp? We thought so.

It may sound like the most logical thing in the world, playing a disco song guaranteed to send wedding guests into a spontaneous sing-along. But that would be singing without thinking. This song is actually about a breakup, or more correctly, bouncing back after one. Leave this at the karaoke house, and have your wedding band play “Funky Music” instead.

The lyrics may be a little too fast for elderly guests to consider offensive, but ditch this from your wedding playlist nonetheless. The title says it all.

“Lips of an Angel”

Don’t be fooled by the title. This song is already cringe-worthy as it is, taking the perspective of a man who is justifying cheating with a kissable woman. Basically it’s Brad Pitt’s song to Angelina Jolie, and woe to any Team-Jennifer bride who hears this.

Billy Idol’s picture of a wedding, in this particular song, is anything but white. He penned this grim song about being annoyed with his brother-in-law. Avoid at all costs.

“My Heart Will Go On”

Aside from the fact that this song has been played enough times that people can’t bear to listen to it again, this Celine Dion ballad will only conjure images of a hypothermia Leonardo DiCaprio in Titanic. Granted, you may want your husband to look a bit more like Leonardo DiCaprio, but surely you don’t want him dead, do you? Playing this song will send a palpable chill through the wedding reception.

Trust us. There are many, many more songs that can be construed as inappropriate for your wedding. Some are subtly unfit, some downright tasteless. Your duty is to curate the playlist carefully, with your wedding band or DJ. Have fun looking!