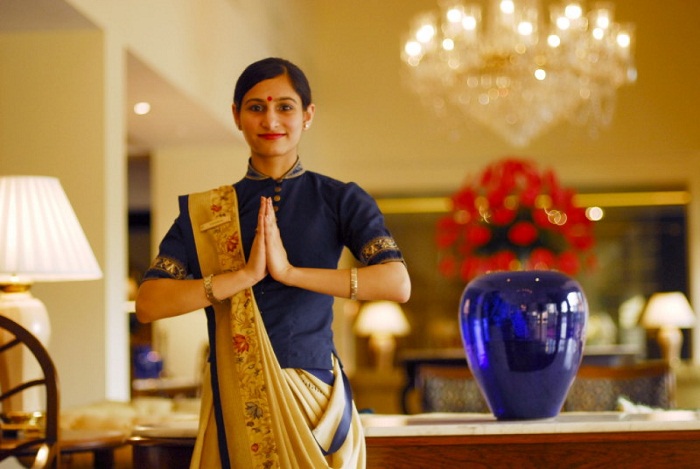 Travel To India – The Words To Know Before Leaving

If you are planning a trip to India, here are some words (and gestures) that you need to know before taking the flight.

One of the most effective techniques to successfully immerse you in the culture and traditions of a place is to jump headlong into the language. In India, however, the company may turn out to be a little more complicated than elsewhere, but it should not be discouraged. In general, it is thought that Hindi, the official language is spoken in the subcontinent but it could not be further from reality.

Currently the Indian Constitution provides about 22 languages ​​legally recognized divided into strains that, in turn, are still divided. According to the place where we plan the trip, therefore, we can expect to hear one of the 1600 dialects that are spoken daily around India. In fact, this makes Hindi a minority language, spoken only by 20% of the population and therefore rather difficult to detect.

Fortunately for us, even English is recognized as one of the official languages ​​of the subcontinent, and several million Indians speak it as their native language, though with an accent that requires a little practice to be fully understood. Once you have overcome the first obstacle of comprehension, however, you will like it so much that you will assimilate it almost by accident, taking it to the West to snatch some smiles!

If you are planning a full immersion in India it is important to be ready to be understood at any time, using English and Hindi words that, with a little luck, everyone can understand to give you a hand.

There is a small but: keep in mind that the Indians are very polite and, generally speaking, they tend to answer yes even when they have not understood what you are saying. When an Indian nods his head, he will swing it right and left quickly. At the beginning, this gesture could leave you much more than confused if you do not know what you are seeing. For them, “no” is a rude statement – especially if the interlocutor is older or inspires respect – which they will avoid speaking, even if they have not understood what they are told. So try to analyze their look and, above all, to be as clear as possible!

Before taking a trip it is important to buy a small dictionary in which there are all the terminologies necessary to be understood by the locals, keeping in mind that even if we could say “Where is the train station?” In perfectly understandable language he can wait for an answer in the same language that we cannot understand.

India is a magical country and the melodious and musical language will be one of the most beautiful souvenirs that you will be able to bring back home. Just listen and jump, experimenting with the sounds of that distant place that remains in the soul. Here is a list of words that will help you integrate more consciously during your magical journey in the subcontinent:

Namaste: the famous Indian greeting is also declined, based on who is in front of it, in ” namaskar ” and ” namaskaram“. Namaste is a phrase that Indians use to recognize the presence of God within the person before them, and it is a very polite and respectful way of greeting those in front of them. If you want to pay homage to those in front of you, be sure to greet first: for the Indians, the social position is fundamental, and a timely greeting is a first indication that you have respect for your interlocutor.

In Rajasthan you also greet with “Ram Ram saa”, Where Ram is one of the names of God Vishnu. In the contexts of veneration of the Lord Krishna, people greet each other with “Hare Krishna ” or ” Jay Shri Krishna “. Even “Om shanti ” is a greeting religious used frequently. By saying goodbye, it is important to take into account the movement of the head. Articulating a greeting while shaking the head gently, it will take on a much more friendly and conversational meaning. Make sure you do it only when you know who you are in front of!

AchHa! – This enthusiastic exclamation means “Good!”, “Ok”, “Really?” and “Good” or “Good” depending on the context in which you are using it. This little word is a gem because it indicates positivity in what you are doing or selling: the food is good, the object you see (or the monument) is beautiful, or simply you are well and want to communicate.

Ji / Nahin – “Yes” and “No” respectively. Depending on where you are, these phrases may change slightly. For example, yes could become “Haan”. To avoid mistakes, when you want to say “yes” you can use the infallible technique of swinging the head, just as mentioned above.

At the beginning it will seem strange to say “yes” with the same gesture with which generally people in Europe, make understand “so-so”, but after a few days it will become a habit that you may no longer be able to take off!

Dhanyavaad – (pronounced “Dhaniya Vad”) is one of the many ways to say thank you in India.