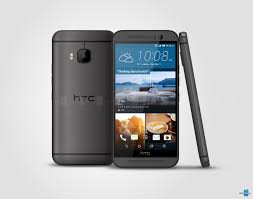 The One Of HTC Which Created Sensation: HTC One M9

Isn’t HTC the faultless definition of class combined with the perfect kind of features? HTC has never failed to disappoint us with its phenomenal range of models, along with the latest of features it incorporates.  Well, HTC has never failed to disappoint its users, and with the continuous flow of new phones from the company, here has come another Smartphone, in a literal sense of meaning, ‘the HTC One M9.’

With the its new model, the HTC One M9 has continued with its tradition of never failing to surprise its users, and at the same time provide them with just the best.

The HTC One M9 features an all metal body design, along with the curved edges to give it the streamed line shape. The HTC One M9 is the right kind of definition of an ergonomically designed phone, and caters to the needs of the users in all the right ways.

This one is like a customized phone for you. With the built in HTC theme app, the Smartphone will change up your entire phone’s theme according to your home screen image. Well, without saying, the icons, wallpapers, etc will be rightly synced with your home screen image, and your phone will be customized and all yours to make changes further! This tells that even Htc One m10 will be a great piece.

With those sapphire camera cover lens, a 20 MP camera will be like no less than a mini DSLR for the photographers! This phone is going to deliver some sharp, and crisp images which you will fall in love with.

HTC Eye™ Experience software will let you edit yur pictures like you have never done before, and also, it allows you to combine the pictures and videos along with your friends for footage from multiple points of view with the Zoe app.

The Dolby has helped HTC recreate the 5.1 sound effects for proper delivery of left and right channel sound to provide you with an amazing experience. HTC BoomSound™ with built in amp and Dolby Audio™ will help you get the finest of sound effects even on the online channel sources. This is available for not just hands free but also earphones mode, and so it will provide you with an experience like never before!

This makes me conclude that even iphone 8 will be a great champ too, for these are the features to release.

And then there is the UH OH PROTECTION! Well, this one is like a blessing in disguise for many. For the first 12 months, damage to your phone will make it replaceable. Broken screens, water issues or any of the same!

This was all about the HTC One M9 which has hit the market almost three months ago Partnering with Dolby, the HTC One M9 recreates the 5.1 surround sound effect to deliver true left and right channel sound for a cinematic experience. HTC BoomSound™ with built in amp and Dolby Audio™ provides optimized sound, even from multi-channel online sources.

Available both on front-facing speakers and headphone modes, your films and games have never sounded better! Priced at INR 44,999, the phone has done justice in every way being a flagship model for the HTC!