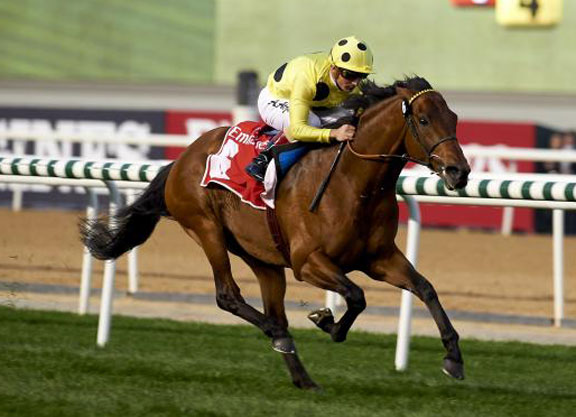 Trainer Roger Varian must be running out of superlatives for his prized asset Postponed, after the five-year-old secured a sixth straight win in the Juddmonte International at York. With many unsurprisingly placing a horse racing bet on the in-form Irish horse, Postponed was the favourite among the bookmakers for the high profile meeting. However, having missed the recent King George at Royal Ascot last month after his stable was struck down with a virus, Postponed certainly did not have things all his own way, with jockey Andrea Atzeni having to do his upmost to secure yet another victory.

With many expecting another routine victory for Varian’s asset, and having been the pre-race favourite at bookmakers Coral with odds of 15/8 on, Postponed indeed set off at a blistering pace. However, the five-year-old soon began to show signs of fatigue, with Mutakayef providing more than threat at York. However, with The Left Highland Reel got in on the action as Postponed once again found his feet, with the trio eventually claiming the top three spots. Postponed would claim victory by a margin of a length-and-a-quarter, with Mutakayef eventually having to settle for third place. Coral now offer the option to bet online and collect in-store for those of you who enjoy a flutter on horse racing.

The Prix De L’Arc De Triomphe at Chantilly is likely to be next up for Varian and Postponed, with recent successes already making him the 4/1 favourite for the famous race at Coral. However, for those of you looking to place a horse racing bet on events in France, the likes of Harzand and Minding certainly look set to provide stiff competition, and with respective odds of 5/1 and 8/1 at Coral, could well be worth backing. Harzand’s trainer Dermot Weld believes that his horse is in the best shape ever at present, with a run at the Qipco Irish Champion Stakes at Leapardstown on September 10th proving a perfect warm up for events at Chantilly.

Elsewhere, 2014 Melbourne Cup Winner Protectionist could well be set for a return to action at Chantilly on October 2nd, with the six-year-old sure to be among the outsiders for victory at Coral come race day. The reinvigorated horse is trained in Germany despite being owned by Australian Interests, and could be one to keep an eye on for those of you looking to place a horse racing bet.