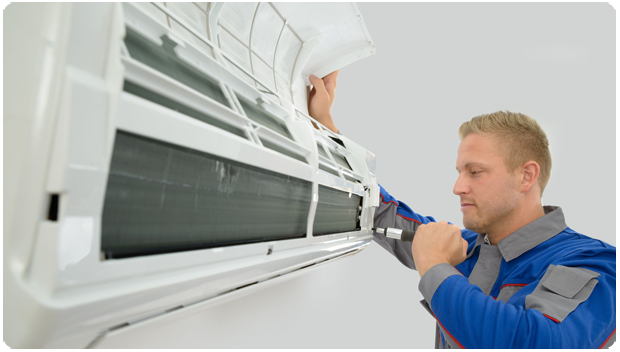 Information To Help You Understand AC Units and Their Issues

Air conditioning plays an important role in our homes and offices. Air conditioning is more than just cooling air, and that’s why it’s referred to as air conditioning (AC) and not air cooling; which is often confused to be the actual meaning for the acronym AC.

Basically on a general sense, any technology that actively modifies the air in a given place; whether it is by cooling, heating, cleaning, humidifying, dehumidifying or directing its flow through a ventilation system can thus be correctly regarded as an air conditioning agent. However, in general practice, a complete system that performs a combination of all these tasks is normally referred to as a HVAC system; short for heating, ventilation and air conditioning.

How Often Should AC Units be Serviced?

Even when an AC unit is operating normally and has no apparent problem, it should be inspected and serviced at least once a year. That’s according to experts, who also recommend that this be done professionally and ideally during spring time. A regular checkup, cleaning and repair work on your entire HVAC system will ensure that it remains operational at all times, and that it will be doing so at optimal levels.

As an AC unit runs, it accumulates dirt, dust, lint and a whole other collection of debris in some parts of the equipment such as the air filter, condensing coils and flow ducts. When left unchecked, that foreign intrusion can not only damage the whole system, but also cause it to run or operate at below efficiency levels and thus use up more energy.

What should be Done when an AC Unit is not Functioning?

If it is the air condenser that is not running, the power cable and power to the unit should be checked for issues such as a tripped switch or a blown fuse. Restoring power should have the unit back in operation if that was the cause. The condenser could also stop functioning due to a thermostat that has been set incorrectly. Lowering the setting by a couple of degrees should kick it back to life. If it doesn’t, then the problem could be a faulty compressor or motor, and that will call for expert intervention.

Where the issue is not the condenser but an inadequate cooling of the air, the problem could be with the evaporator. Cleaning it could resolve that issue, but if it doesn’t, then the problem could be deeply rooted within the system or simply an improperly sized unit for your space which would necessitate a replacement. Calling an expert HVAC technician is normally the fastest and safest way to resolve issues with your system.

Both the regularly serviced AC units and those that aren’t can stop functioning unexpectedly. However, well maintained and regularly serviced units have a much superior chance of not experiencing any unforeseen problem. A unit that suddenly stops functioning can be the source of very uncomfortable situations which would be better off resolved sooner than later. At such a time, calling the one hour AC experts who promise a quick response that is within an hour after your call can prove to be a life saver considering that they have to keep that promise or risk refunding your money.