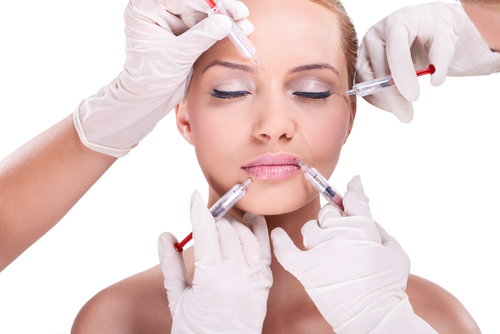 Going Under The Knife For Beauty

Plastic surgery and beauty enhancement is one of the fastest growing fields in medicine today. Every year, millions of women, and increasingly more men, are deciding to have plastic surgery in order to increase or enhance their appearance. There are many reasons that people do this, but one of the biggest reasons is the big push for everyone to look beautiful. Women in particular feel as though they are never pretty enough for anyone else and are often times compelled to have surgery to make themselves look and feel better. The good news is that there are variety of procedures that are non invasive that can make a big difference in overall appearance for anyone interested in plastic surgery. As long as the research is done before the surgery and the patient understands what they are getting in to, the satisfaction rating for those that have plastic surgery is very high.

The most popular form of surgery for women is the breast augmentation. There are many reasons for this, but for many women they simply feel that bigger is better. However, there is a growing trend where women will not just select the largest size possible, and there are even packages where the breasts have a more natural look. There are so many options in this area of surgery that women should be able to find something that fits both their and their partner’s needs. In an example like this, a woman may feel inadequate and simply need an enhancement. It is important for the patient to understand that this will not be a pain free surgery and there will be a recovery time.

There are also less invasive procedures that many people get to hide things about their appearance. For example, many people have small scars on certain areas of their body that they would like to have hidden from plain sight. Instead of trying to cover it up with make up, many women opt for surgery that makes it so the scar is less visible. This is a great example of plastic surgery that is non invasive and should be completed on the same day. There are many other examples of small tweaks in beauty that cost both in less of time and money for patients. According to Dr. Raghu Athre, one of the best plastic surgeons in Houston, the number of women having these small out patient plastic surgeries has double in just the past couple of years.

Why Do Women Feel Compelled

One central question in looking at plastic surgery is simply why do women feel more compelled than men to go under the knife to improve their appearances. Although the number of men that are getting plastic surgery is increasing, it is still far behind that of women and will probably be like that for the foreseeable future. In order to understand this, we must look at society and see how women are judged. While most men are judged by their career first and then their looks, many times women are judged by how they look first and then their accomplishments. This is why it is more common to see a successful man with a good looking women rather than the other way around. Although this change in societal thought is not going to happen any time soon, it is important for females that are considering surgery to understand that even if they go under the knife, they may still have feelings of not being good enough.

However, for those that have conducted their research on the surgery that they want to go through with and are well informed through the process, plastic surgery can be a great way to enhance looks and beauty. Although many people are worried about going under during surgery, the success rate in plastic surgeries that are well established and have been around for a while are quite high. At the end of the day, it should be up to the decision of the female who is deciding whether or not to have surgery and she should not be compelled by anyone forcing her to make a decision that is not in her best interests.

Are Car Repairs Breaking Your Budget? Here’s How You Can Save Money Previous post

Finding The Best Indoor Rock-Climbing Gym In London Next post