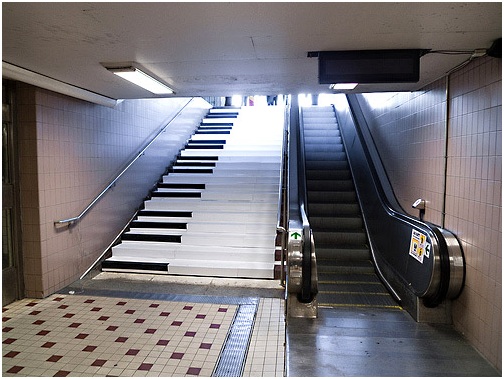 Cruising On Deck: Why Some People Believe Elevators Are The New Stairs

April 26, 2015Comments Off on Cruising On Deck: Why Some People Believe Elevators Are The New Stairs0200
0Shares

The debates over stairs and elevators have been done. Every aspect of the pros and cons list has been analyzed, scrutinized, and mentally processed. But cruise ships are a whole new world of their own. Bound by the sea, cruise ships demand their own set of rules and way of life aboard these swaying quarters. Image Credit

Cruise ships are a more luxurious version of our real lives. Every real world amenity used daily can be found on a cruise ship. As our world expands, so does the evolution of the cruise ship. Ships like the Allure of the Seas and Oasis of the Seas have set the bar high in opulent seaside vacationing. With ever changing advancements in regular modern life, so come the changes in the cruise ship lifestyle.

So the question remains if elevators are a necessary feature for cruise ship patrons or another convenience built to satisfy our sense of entitlement. The debate doesn’t differ much from the arguments of land lovers. The main difference is that cruise ships are primarily for recreational use. Aside from the occasional eccentric millionaire, cruise ship living is temporary and used for vacationing. The easier and less exerting method of getting around will take precedence in this environment.

With cruise ships becoming the massive areas of space that they have, the need for elevators has increased. The larger cruise lines have over 15 decks and over six thousand guest to service. With numbers like this, crowding narrow stairways isn’t safe or efficient.

Fitness extremist will argue that elevators make us lazy and keep us from being a fit nation. While there is some truth to this speculation, it is not the only truth behind the use or non-use of elevators. For the most part stairs are not even considered a transportation option. The fact that stairs are an option escapes our thoughts. But if you’re on vacation, lazy is the theme. Cruise ships are aware of this and have placed elevators on their vessels to remind patrons of the modern conveniences that accompany a stay on a luxury liner.

Catering to its guest, cruise ships use elevators to carry travelers around the ship in greater numbers faster. Ensuring that guest will get the most out of their trip is the key to return patronage. The truth is that health reasons never go into play. The average citizen doesn’t only use elevators, they expect it. Shuffling through onboard activities via elevator is the only method considered. Persons with disabilities will check for the presence of elevators before deciding to book a trip on a cruise ship.

It’s apparent that using an elevator on a cruise ship is faster, more convenient, and with the beautiful designs on cruise ship, more alluring than stairs. The contemporary and gorgeous details of cruise ship elevators advance their appeal. But elevators are not the new stairs for everyone. To avoid having the same idea as everyone else and to factor fitness into their routine, some still use stairs. And since elevators can’t always be trusted in the event of an emergency, stairs will continue to be an automatic placement in any multi-story construction.

Top 5 Escape Room Games You Must Try Once Next post