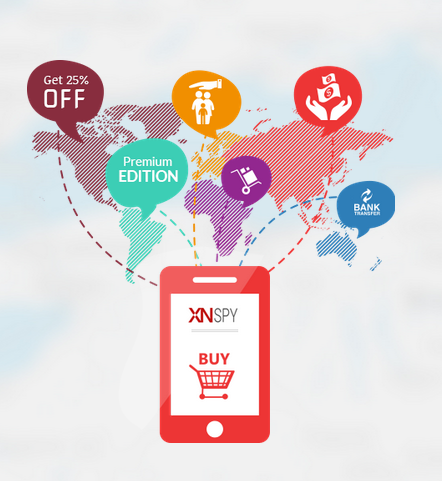 Breaking Down XNSPY, The Mobile Spy Software For Parents

March 9, 2015Comments Off on Breaking Down XNSPY, The Mobile Spy Software For Parents0242
0Shares

I like how parents are getting a lot more say with the app business these days. A few years ago, I wouldn’t have thought that the prospect of real-time monitoring was even possible. But ever since I found out it was, I’ve tried nearly every program that lets me keep an eye on my son more closely. I’ll make a post about the different apps I use but today I’ll be focusing on the mobile spy software I got last month called XNSPY.

What Does XNSPY Do?

At its crux, XNSPY is a spy software for parents. Once you install it on your child’s phone, you are able to track them through GPS, read their texts, go through their contact list, record their calls, check their call log, see the multimedia files they have on their phones amongst other things.

Why Do You Need XNSPY?

You know how movies come with ratings so you know if they are appropriate for kids? Smartphones don’t have that vantage, do they? So I just wanted something that would almost broadcast my son’s phone activities to me. And I’m pretty sure 90% of the parents in the world would want the same thing. XNSPY is just that.

At first glance, XNSPY seems easy enough to use. I’ve reviewed lots of similar cell phone monitoring apps in the past so I suppose I have an advantage here. But really, if you can run the basic apps on your phone, you’ll be fine.

XNSPY is compatible with Android and iOS ONLY. But who uses platforms other than those these days anyway. Here are specific features that most parents would look for:

I especially like the last bit because I don’t want to be checking XNSPY every time my son calls or texts someone. I just want to know if he is talking to someone or something he is not supposed to.

For example, I know his friend Bob is a bad influence so I get alerts every time he calls or texts or emails. Similarly, I’ve put words like ‘weed’ and ‘beer’ on the watchlist so I get an alert anytime he mentions those.

The Bad Thing about XNSPY

I did find some areas where the cell spy app was lacking. First, although it lets me view all the listed apps, I cannot open and view them. So I can’t go through his Instagram or Twitter. However, I’ve found a way around it. The pictures he posts on Instagram get saved in his gallery, which I am able to view. You could do the same with the media shared on WhatsApp and Facebook, too.

I’ve become very fond of this mobile spy software to tell you the truth. My biggest worry when I bought my son his smartphone was that I’ll have no way of mediating the content he is able to view. But I certainly can. So my verdict? Every parent should install XNSPY, really. You can’t just let your kids prattle about with their phones unmonitored. Take your parenting one step ahead.

Start The Fight Against The Fatty Syndrome Today Previous post

Wholesale Leggings For Women: For Comfort and Style Next post