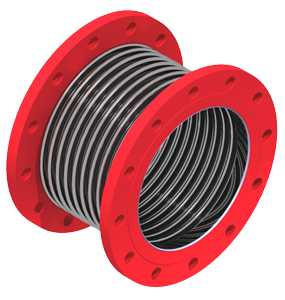 May 22, 2015Comments Off on Basics Of Metal Expansion Joints working0175
0Shares

Wondering how metal expansion joints work? This is a basic guide on their design and functionality.

Metal expansion bellows have recently found quite a number of uses. Derived from leather bellows, which were once used in fireplaces and forges, metal bellows have now evolved themselves into something unique, finding applications in industries as diverse as piping, exhaust bellows, couplings, valve sealing, sensors, pressure gauges and mechanical seals among others. But they are different than their leather bellows counterparts and have their unique design and functionality. Do you wonder what these bellows and expansion joints really are? How do they work? Then this is what you need to know.

Metal bellows are basically elastic vessels, which are designed in such a manner that they compress themselves when pressure is applied to the outside of the vessel or when the pressures are extended under a vacuum. Once the pressure is released, they can return back to their original shape. This design of theirs can be used for several purposes, from preventing leaking or to measure the pressure of aggressive fluids. They are also employed in other applications, where they can absorb thermal movement and vibrations, or work with altitude centres and medical applications like implantable drug pumps. Formed, welded or electroformed, they can be crafted from variety of metals, from regular nickel to stainless steel and titanium or high strength alloys of copper.

Metal Bellows expansion joints or compensator are designed using metal bellows. Like bellows, which can contract or expand using pressure, these expansion joints are used for compensating elements for thermal expansion. Their design is such that they allow relative movement in pipelines, containers and machines. These bellows and expansion joints can have several benefits, such as resistance to high and very high pressures, ability to absorb large movements, optimal compensation, leakage detection, burst resistant, small dimensions and adjusting force rates, are quite economical, provide insulation and offer permanent leak monitoring in critical media.

Expansion bellows and joints come with different compensation types. The most popular type is axial compensation, where thermal expansion of a straight line is absorbed by two fixed points on the joint. The distance is measured beforehand and therefore, the axial movement is determined or achieved on a customized basis. Then, there is angular compensation, where single plane three hinged systems are used, with at least two angular expansion joints needed at the same time. They are always associated with multiple re-directions of the flow and are usually designed for complex multi-plane pipework. The last ones are lateral compensation joints, which can be used within single plane and multi plane piping systems. They allow for more expansion absorption than their axial counterparts and consist of one or two metal bellows with an intermediate pipe. There are connectors or either sides and hinged anchoring as well.

Based on these designs, several other styles and designs of expansion bellows and joints are developed by expert companies in the market. For instance, there are hinged expansion joints, universal expansion joints and pump connectors that can be used for industries as varied as chemical industries, petroleum industries, fuel cell power systems, heat exchangers and weight technology, volume and pressure compensation among others.

Open or Closed Industrial Steel Shelving: What's Best For Your Business? Next post