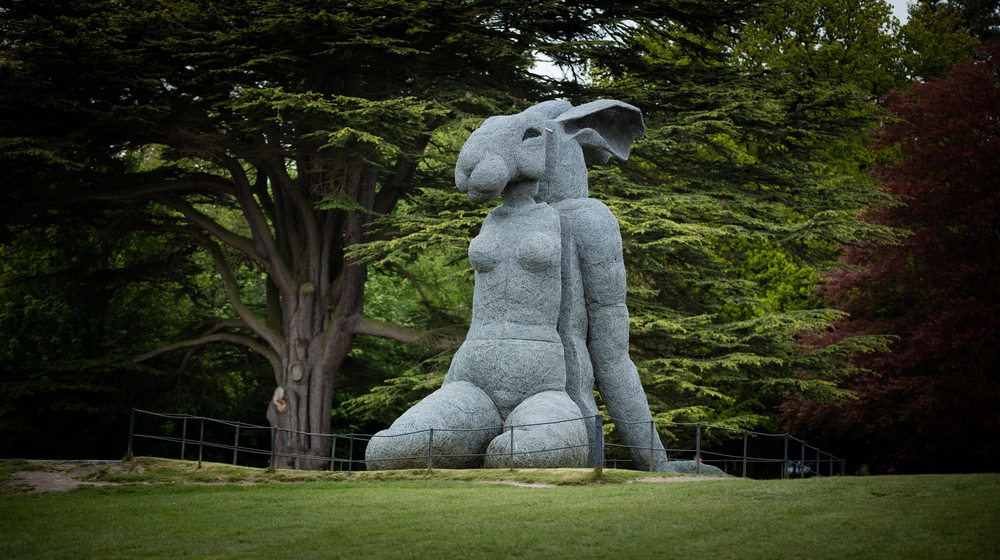 Art Outside: Statues and Sculpture Parks

Now that summer is here, spending the weekend inside museums and galleries isn’t the first choice of the most enthusiastic art addict. If you still want to get a fix of the artistic while taking advantage of the fine weather, you need to find some art outside: the UK has more sculpture parks and public statuary than you might think, wherever in the country you are.

The City of London

One way money likes to give back to the community is by sponsoring, commissioning or otherwise donating grand public works of art. The City of London has plenty of sculpture and statuary between the skyscrapers. One of the most notable pieces is the City Wing Sculpture, a gigantic wing, rising several stories from a plaza between office buildings on Old Broad Street. Secured with counterweights hidden under the pavement, this apparently free-standing wing overshadows the pedestrians walking past, and might cause a few commuters to consider that the world is far bigger and stranger than the office job they’re on the way to.

While you’re in central London, you might want to head to Cannon Street, to find one of the iconic sculptures of the Russian artist Zurab Tsereteli. Break the Wall of Mistrust was donated to London in 1990, and was one of the ways the USSR began to make links with the rest of the world in the time around the collapse of the Berlin Wall.

Heading into the North of England, one place that has to be on your shortlist is the Yorkshire Sculpture Park. Set in acres of rolling parkland, that’s a pleasure to visit at any time of year, what was once the grounds of a stately home now houses ever refreshed exhibitions of works by some of the finest sculptors in the world, including Barbara Hepworth and Henry Moore.

Seeing this beautiful park and the art within it through the seasons gives you a new appreciation both for the rhythm of the year and the art itself. Each sculpture reveals something new as it’s covered by snow, bathed in sunlight or framed by the rich colours of autumn.

The Forest of Dean

The Forest of Dean is a magical location in itself: it’s regularly used as a location for fantasy filming, not least the Harry Potter series.

Adding to the wonder is the Forest of Dean Sculpture Trail – open for free the whole year round, the Sculpture Trail links sixteen permanently displayed sculptures specially commissioned to be displayed in the wood. Exploring the forest and discovering the artworks is a great way to spend a summer afternoon, especially if you have children!

How Can You Ovulate When You Have PCOS? Previous post