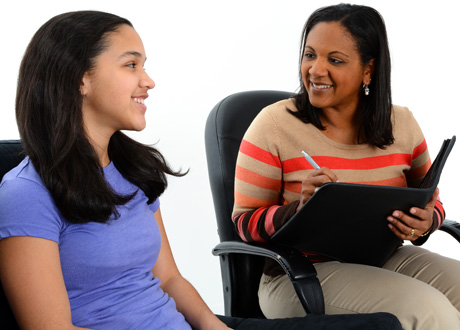 5 Signs A Teen Needs An Intervention

More so than ever before, teenage use of drugs and alcohol during school time has grown at an alarming rate, and showing signs of ever-increasing usage. The National Center on Addiction and Substance Abuse conducts an annual phone survey among high-schoolers in an attempt to determine trends in drug use among teens at school, and the latest survey uncovered some startling statistics compiled from more than 1,000 participants.

For the sixth consecutive year, more than 60 percent of respondents declared that their schools were infested with drugs, and more than 44 percent personally knew a classmate that sold drugs. More than 86 percent of survey participants knew classmates who were using drugs or alcohol during the school day, and at least 44 percent knew of a designated area on school grounds where students went to get high.

All this makes it more important than ever that parents keep a close lookout for the warning signs of drug use in their children. If one or more of the warning signs below appear, some kind of intervention may be necessary, and if the problem is serious, a stay at a drug rehab center may be the best option.

A teen’s eyes can show a great deal about what’s happening inside. For example, bloodshot eyes may be a sign of drug or alcohol use, as are pupils that are larger or smaller than normal. A sudden loss of interest in personal appearance and grooming should be questioned, as well as unusual smells on the breath, body, or clothing.

The sudden development of nosebleeds or a significantly increased frequency of them can be an indication that cocaine or meth are being snorted by a teen, and since these are serious drugs, this should be followed up on immediately. The development of seizures in a teen where there has been no prior history of them can be an indication of serious drug use. Bruises and injuries appearing on the body that the child can’t explain are cause for concern as well, especially if occurring with regularity. Other suspicious health changes are slurred speech, dizziness, shakes, and impaired coordination, where none of these existed before.

If grades take a sudden dip or a teen begins to get in trouble at school, these are behaviors that may indicate usage. Parents should make a point of checking on their child’s attendance at school if any other warning signs appear that might be suspicious. A sudden loss of interest in school work or extra-curricular activities are also worth looking into.

One big warning sign is if household money suddenly begins to disappear, or if a parent should learn of their child stealing, since this could be money needed for drug purchases. If a child becomes withdrawn or secretive, and declines to participate in family events or even clashes with family members, these can be very suspicious behavioral changes. Parents should also be suspicious when their child starts to use incense or any other kind of scents in his/her bedroom, because the purpose may be to mask the smells of drug use.

Parents should be on the lookout for unexplained changes of personality in teens, or sudden mood swings involving irritability or even violence. Periods of hyperactivity or deep lethargy are common indicators of drug use as well. The sudden appearance of significant paranoia or anxiety in a child could be a strong indicator that drug use is occurring.