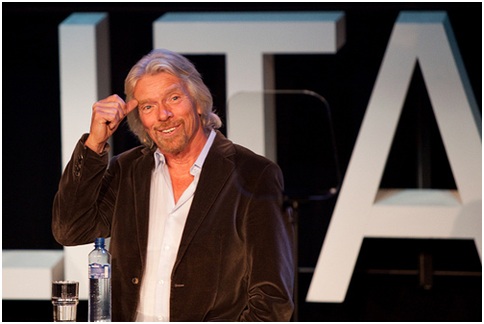 While there are many people in the UK who run their own business, only a select few become extremely wealthy from their efforts. As the stories of some of the nation’s richest self-made entrepreneurs show, you do not necessarily need a large sum of money already behind you to start a successful business. Far more important is a flair for making deals, a knack for spotting an opportunity and, above everything else, a burning desire to succeed.

As the UK Government advice pages for setting up a business recommend, every potential business person needs an initial idea, a spark to get things going. This is one of the things the majority of the most successful self-made entrepreneurs on this list have in common. Their empires all began with a simple business idea, ideas which would gradually expand into something far bigger.

Although he sits just outside the top five richest people on this list, Lord Sugar is arguably the most famous businessman in the country. Best known today for the television series The Apprentice , Sugar began to construct his business empire by selling car aerials from the back of a van. A prime example of a simple idea which turned £100 start-up capital into a near billion pound fortune.

Of course, one more thing all of the following people have in common is an innate ability to market both themselves and their businesses. In today’s world, by far the most effective way of marketing a business is through online means. A strong online presence, with an official website and regular social media activity, is essential for a business to succeed today. If you are looking to follow in the footsteps of the following entrepreneurs, consider utilising the services of a web design agency in London, such as www.britishwebsites.co.uk

Although his start-up capital was a fairly hefty £25,000, John Caudwell still needed the vision and foresight to recognise what the next big thing was going to be. In 1987, Caudwell saw the huge potential of mobile phones and the rest is history. His fortune is estimated at £1.5 billion.

An investment broker now worth over £2 billion, Hargreaves and his business partner initially started their venture from a spare bedroom, with a mere £500 capital. Today, the Hargreaves Lansdown company is worth in excess of £4.5 billion.

Undoubtedly the most well-known name on this list, the founder of Virgin began his business with a small sum of £300. Opening a mail-order record company in 1970, it would not be long before this fledgling entrepreneur expanded into a shop on Oxford Street in London.

Perhaps more famous today as the owner of Newcastle United Football Club, Ashley opened the first Sports Direct store with a loan of £10,000. His estimated fortune is now estimated to be just under £4 billion.

Just ahead of Mike Ashley in terms of personal fortune, Sir Phillip Green is the owner of the retail group Arcadia. He first found his business footing by importing jeans from Asia and subsequently selling them on to high street retailers.

Newly Single? Get Back on the Horse Previous post

Which Gaming Console Your Should Buy In 2015? Next post