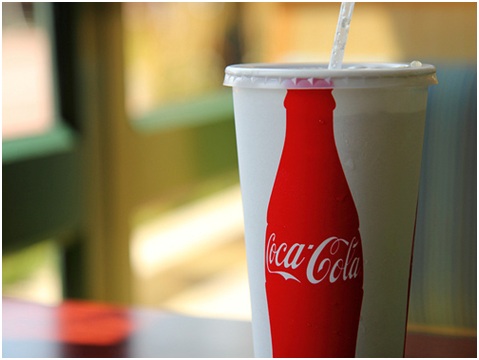 Soft Drinks: Who Is The King Of The Bar?

This market has had the same major players for many years. It is a key market since non-alcoholic drinks are consumed in all situations. Of course, they are best enjoyed chilled but they are also portable and ideal with packed lunches or for taking on walks or days out. Here are the top five.

It is perhaps no surprise that The Richest list coca as number one in their top ten best selling soft drinks. What you might not know is that is that it was originally invented as a medicine. These days, it is a global icon with different flavours as well as diet and sugar free varieties. Often known by its nickname Coke, Coca Cola is the most famous of all colas and has become iconic globally. As have its logo, its flavour, its mascot and even its trucks.

A surprising choice? Not if you are reading from Scotland. Interestingly, BBC America listed it as the number one British drink that they recommend all Americans should try. Perhaps of even more note is their reasoning behind this recommendation. The strangely named drink outsells all others in Scotland, despite its rather unusual flavour that would rightly be described as an acquired taste.

The main rival to Coca Cola, Pepsi is iconic as a draft drink. Its temperature is important, as http://empireuk.com/ who provide refrigeration solutions are aware. Pepsi brands itself on fun and alternatives, presenting Pepsi Max as a sugar free option as well as diet Pepsi. Many bars in the UK are serving Pepsi in preference over Coca Cola. You may not know that when it was first introduced, it was known as Brad’s drink, later being re-branded to Pepsi-Cola. The original name was after its creator, Caleb Bradham.

Dr Pepper is similar to cola but with a very distinctive taste, which is its main marketing point. It was first introduced in the USA in 1885, a year before the introduction of Coca Cola. Made with 23 different flavours, it initially came to market in Waco in Texas and became known as a Waco. It was later named Dr Pepper on coming to market. In America, Dr Pepper is manufactured by the Snapple Group but it is produced by the Coca Cola brand in Europe. This is despite a chequered legal history between the two groups.

Lemonade comes in many forms and it is a go-to drink for many people, particularly those who are not fond of cola. Sprite is a brand that is synonymous with lemonade, but its iconic drink is in fact lemon and lime flavoured. This is another product of the Coca Cola company, who started to manufacture it in Germany in the 1950’s as lemon Fanta, later changing its name to Sprite when it was introduced into the United States in 1951. It was born as a rival to competitor 7 Up that was becoming popular at the time.

5 Tips For Planning The Perfect Winter Getaway Next post