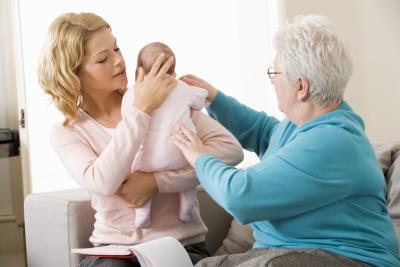 June 22, 2015Comments Off on Signs Your Baby Is Constipated and How To Treat Constipation At Home0192
0Shares

As an adult, when you feel constipated you know how miserable it can feel not being able to have a bowel movement. Imagine if you were an infant or a small child in that same situation, but you cannot voice your complaint nor understand why your stomach hurts. Since they cannot tell you when or why they hurt, you have to be on the lookout for signs that you baby is constipated and know how to help him or her.

Constipation occurs when your baby has a difficult time having a bowel movement. If they can pass their faeces, they are hard and dry. Their faeces may also look like small pellets. However, every child is different and it is normal for some babies to have only one or two bowel movements a week. Don’t be alarmed if the frequency changes after about the six-week mark, it is perfectly normal.

The Causes of Constipation

There are many reasons why your baby is getting constipated, including what she or he is eating and drinking. As your baby is introduced to more solid foods, they may become slightly constipated. The reason for this is that many of a baby’s first foods are low in fibre. They can also become constipated as you begin to wean your baby from breast milk because it can cause them to become dehydrated.

Breast milk rarely causes a baby to be constipated as it is a mixture of fat and protein. A baby who is breastfeeding will have softer stools than babies on formula. For babies who are on formula, if they do have problems with constipation, it could be caused by an ingredient in the formula. Quite often, it is the protein element in formula causing your baby to be constipated.

If your baby is dehydrated, their stools will be hard and dry because the fluid from what he drinks and eats will be absorbed into his system. The stools may be hard for him to pass so you may see your baby straining when he does have a bowel movement.

There are also medical causes that can lead to constipation in babies, but these causes are uncommon. Hypothyroidism, botulism, food allergies and metabolic disorders are some of the medical issues that could lead to constipation. A rare birth defect called Hirschsprung’s Disease may cause constipation because it prevents baby’s guts from properly functioning.

Since every baby is different, it may be difficult to tell when they are constipated. Some babies will have a bowel movement after every feeding, but for others, it may be a day or two before they have one. Babies that are breastfed may only have a bowel movement once a week. It just depends on what your baby eats and drinks, as well as how quickly your baby digests food.

Babies that drink formula or eat solid foods are more likely to have bowel movements once a day. However, if you are observant, you will quickly become aware of your baby’s bathroom habits and will learn how often they have bowel movements. If you do have some concerns about them being constipated, here are some symptoms.

A Drop in Frequency

If your baby has less frequent bowel movements, it could indicate constipation. If they haven’t had one for three days or more, it will be obvious when they are having difficulty having a bowel movement because it will become uncomfortable for them.

The main indicator of constipation will be hard, dry stools that your baby will have a hard time passing. They may be small like pellets or chalky too.

If your baby is constipated, there are some solutions you can try at home before consulting with your paediatrician.

An active baby is less likely to be constipated. If your baby is crawling, encourage him to crawl around if you think he is having problems with going to the restroom. If your baby isn’t crawling yet, gently pump his legs by lying him on his baby and gently moving his legs like he is pedalling a bicycle.

You can try to massage your baby’s stomach to get his bowels in motion. Using your fingers, measure about three finger widths below the navel on his left side and apply firm, but gentle, pressure in that area. You may be able to fill a mass or firmness, which will be in his bowels. Apply the pressure for about three minutes to help stimulate a bowel movement.

If your baby is on formula, you should consider trying another brand or a different type of formula. Consult your baby’s doctor before making the switch, but you might wish to try adding dark corn syrup to his current formula before trying another brand. Add about one-quarter teaspoon of syrup for every four ounces of formula. If that doesn’t help, you can gradually increase the amount of corn syrup, but do not give him more than one teaspoon for every four ounces.

If your baby is at least four weeks old, you can try adding prune juice to their formula or breast milk. If your baby doesn’t like prune juice, you can also try apple or pear juice. Use an ounce of juice for every month of their age. So, if your baby is three months old, you would try three ounces.

Cut Back on Certain Foods

For babies who are eating solid foods, try cutting back on foods that tend to be constipating. Bananas, rice and cooked carrots are foods that can cause constipation if too much is consumed. To treat constipation, you can give them a small amount of pureed prunes, apricots or pears to loosen their stools.

Call your paediatrician if your baby isn’t eating and is constipated, appears to have lost weight or if their stools have blood in them. Do not use laxatives or suppositories without first consulting with your doctor.