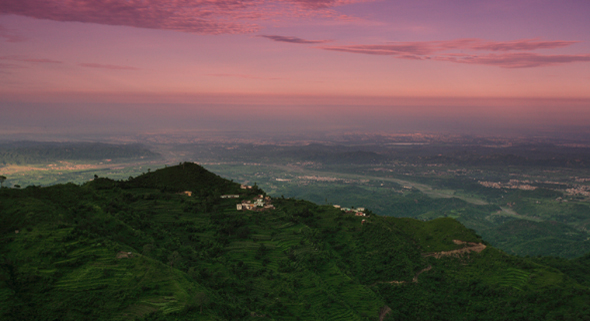 August 24, 2015Comments Off on Parwanoo – A Beautiful Hill Town And A Popular Getaway From Delhi And Chandigarh0277
0Shares

Parwanoo is a beautiful hill town in the state of Himachal Pradesh. It is a rapidly developing town and is home to a large number of industries. It is also a popular getaway from Delhi and Chandigarh with a couple of amazing tourist attractions in its store. Besides, it is also in close proximity to many popular hill stations of the state. Visit the town for a fun vacation and pick from the best Parwanoo hotels.

Famed as a gateway to different popular hill stations of Himachal Pradesh, Parwanoo is a beautiful hill town with certain interesting attractions and allures, enough to make it an ideal destination to visit. It is a part of the scenic state of Himachal Pradesh located close to the border of Panchkula District of Haryana. It is just a few hours drive away from Chandigarh and falls in between the Chandigarh-Shimla highway. Today, it is a rapidly growing town with industrialization being its prime forte. It houses a large number of industries including the plants and headquarters of big players like HP Agro Industries and the largest food processing unit of HPMC. It is also noted for a large ESI hospital, which is probably the largest in the region. Apart from that, the place is also a chief hub of education as there are several good schools located here. To name some include: Eicher School, Lotus School, National Public School, and DAV Public Senior Secondary School.

The beauty of the landscape of Parwanoo is simply stunning. The surrounding is still free from pollution and is a great variation of flora and fauna. The place in particular became a prominent destination in north India tourism after the establishment of Timber Trail Resort. The resort is one of the most sought-after destinations featuring a fun cable car ride that offers amazing views of hills and valleys. The resort is situated right across the hill at a very scenic location and has been a popular getaway resort from a long time. Besides, it is also one of the most popular stopover stay options on Delhi to Manali route.

For lodgings, the town has a couple of good deluxe and several medium to budget lodging options. So, finding a hotel that stands up to your stay expectations and matches your wallet is quite easy. To name some of the most popular Parwanoo hotels include: The Shiwalik, Moksha Himalaya Spa Resort, Atul Guest House, Timber Trail Heights, Kenwood Resorts, Park Inn Hotel, and The Nest.

Tourist and backpackers here often visit the Cactus Garden. It is a popular tourist attraction here and was established in 1987. Evidently, the garden is beautiful and houses different kinds of cactus as well as other flowers. Covering an area of 7 acres the garden is believed to be Asia’s largest cactus garden. Additionally, the world famous Mughal Gardens of Pinjore is located just about 10 k.m. from the town. It is a noted tourist attraction and tourists in Parwanoo often visit the garden.

Dagshai, a small army town in the neighborhood of the industrial town is yet another popular tourist attraction here. It is just a few hours drive away and there are number of taxis to Dagshai available from the commerce centre. The army town is one of the oldest British Cantonments in India and is known for being the site of multiple wars. It is believed that here the British used to give permanent tattoos on the forehead of the captives as a part of their punishment.

The other popular tourist spots in and around the town that are must-visit include: Subathu town, Pinjore, Kalka, Shimla, Panchkula, Parwanoo etc.
Accessing the town is easy as it is well-connected to Chandigarh which is about 35 k.m. away from Parwanoo. In fact, Chandigarh is the most preferred gateway to the tourist town. One could easily get Delhi to Chandigarh flight and then board a train or catch a direct bus to the tourist town.