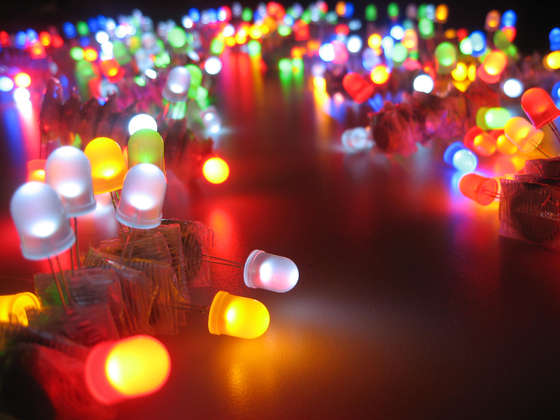 LED’s – The Light Of The Future Is Here Now

What kind of bulbs are you using to light your home nowadays? Tungsten, Halogen, Compact fluorescent (low energy), LED or a combination of them all? I suspect you probably have at least one of each like most of us do. I for one took the option of replacing bulbs only as and when they failed and so made the move slowly from Tungsten to low energy bulbs. In the early days low energy bulbs were big ugly things which took an age to warm up and looking back I’m surprised that we bothered to have any at all. But those were the days when saving the planet was a new concept and we all felt we had to play our part in some small way or other so we put up with them.

It didn’t take too long of course before the CFL low energy bulb became more efficient and more pleasing to the eye so that before long they became pretty much first choice for replacement bulbs. For many people they still are the first choice as they offer very good value for money with the benefit of a long life.

The Introduction Of LED Bulbs

The CFL bulbs are gradually being overtaken by LED light bulbs though. LED bulbs are rapidly coming down in price and in some peoples view give a more attractive type of light over the CFL type bulbs. Despite their coming down in price though they are still around double the price of a typical CFL bulb. This however is offset by their much lower power consumption and extremely long life expectancy which means that a typical LED bulb will pay for itself many times over before needing to be replaced.

It is this cost saving which makes it worthwhile replacing all your bulbs with LED bulbs rather than waiting for your current bulbs to blow. Because they also offer an extremely long life, once they are installed they can be pretty much forgotten about making them the best option in virtually all cases.

How To Select A Best Vinyl Fence Suppliers? Previous post

4 Reasons To Work With A Call Answering Service Next post