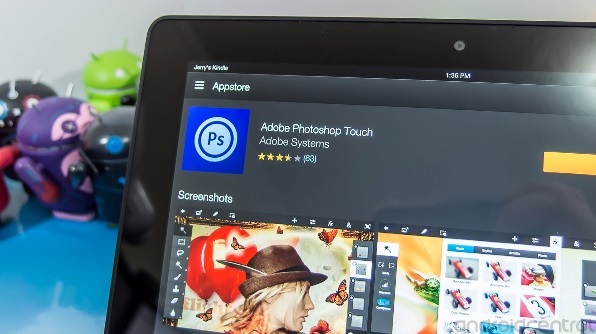 Adobe Has Now Promised To Launch More Editing Apps For Android Devices- Check It Out!

May 2, 2015Comments Off on Adobe Has Now Promised To Launch More Editing Apps For Android Devices- Check It Out!0220
0Shares

Adobe is a very much known term in this technology freak arena. Especially, the young bloods go gaga about it, may be for their addictiveness towards the social media, or anything else. However, on a specific note, the android users are having a special affection towards it. We have witnessed many exciting stuffs from Adobe on android. Needless is to mention about the raving popularity of Photoshop Express.

Though there are some exclusive apps from the house available for other platforms as well, still, the company always have something within it’s kitty for android. In fact, the company seems to be increasingly dedicated towards android; the recent news makes everything too apparent on this regard. Here we explain the complete story.

What the Company has to Say:

The company expresses its desire to make apps on mobile platforms to be of optimum quality. It says, no matter how far you go in the sky of creativity, the apps for smartphones from their company are always focussed on getting linked through the Creative Profile, and be handy enough in bringing tools with you from one app to the others, and at the same time from one device to the others.

According to the company, despite making it already available on Apple, it’s never too late for android. Their effort is always on for making most of the buzzed apps go absolutely concomitant with Android.  At the same time, the company seems to be determined enough in designing the apps in a way so that these can be best suited with android platforms. The company speculates the probable date for arrival of the app to be by summer this year.

It also shows being passionate enough I terms of making an android edition of the Creative SDK that offers juice for both its native and external applications. The SDK is going to let you in developing increasing number of android applications that link someone with the Creative Profile, irrespective of the position.

For instance, there are some excellent android apps present as well for social platforms like Behance, Lightroom, Creative Portfolio, etc.  There are more interesting news will be appearing on this matter as the day’s progress.

It seems like Adobe has gone maniac for android. The company has made its Creative Cloud app available for the platform.

The Creative Cloud is perfectly lucid letting users to handle and have a preview of their Adobe illustrator, Photoshop and different others kept within Adobe cloud storage that comes with Creative cloud subscription, or free membership option. It also lets the user in uploading their files through the applications.

How to Get Extensive Advantage from it:

Through the membership, the tool links the mobile devices with the Creative Cloud and make some more excellent available within your app. You can have a dig at your PSD, and different other design documents available in cloud. On a whole, it presents a nice view.

You have to go for subscription with Creative Cloud membership of it to use the app, which is absolutely free. The membership also involves 2 GB cloud storage of your stuffs; in addition, it offers a hand on with each Adobe creative tool.

The Adobe Creative Cloud for Android is presently at its initial stage, and the company ensures it doesn’t deal with the entire specs of Creative Cloud. However, the specs will be made available in a consistent manner with it in coming future.

Updates and Other Creative Apps:

Apart from this, Adobe recently has declared the upgrade for its Creative Cloud video apps for desktop. It has also show-cased the latest updates for Creative Cloud professional video along with Adobe Anywhere for video.

Things are not over yet; the company has also revealed of it owing Aviary, and SDK for mobiles for sending the creative apps. According to the company, it is going to incorporate the SDK of Aviary along the upcoming Adobe Creative SDK, a tool that is going to let coders have a click on the creative technologies of Adobe to make apps for mobiles and drag fresh links along smartphones and Adobe Creative Cloud desktop applications and services.

How Women Can Succeed In The Investment World Next post