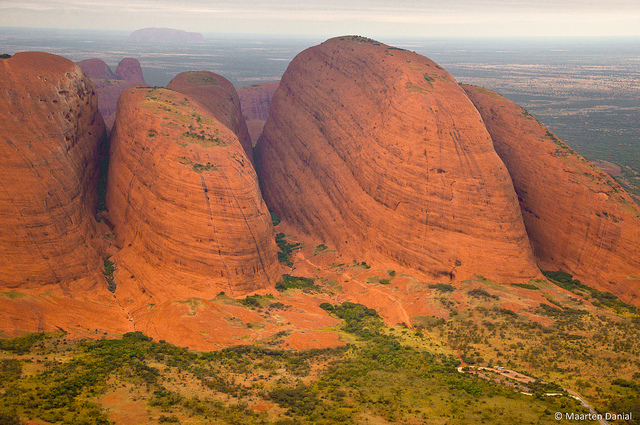 Australia has a great diversity of unique landforms, beaches, tropical rain forests, rivers, lakes, deserts, mountain ranges, and amazing marine environments waiting to be explored. Here are 10 out of the diverse natural wonders available in Australia.

This group of weathered domes were once one majestic rock. They rise from the desert and they are not very far from the famous Uluru (Ayers Rock). Presently, you can walk in between the rocks. With the help of a local guide, you will be told about the Dreamtime legends and the history of this remote area which was once a forbidding area for people to tread according to the aborigines.

Daintree Rainforest is the oldest rain forest on earth. It has a unique assortment of plants and wildlife with the greatest number of rare and threatened species. There are many forest cabins where you can lodge and enjoy the pristine beaches, waterfalls, clear rivers, and untainted forests. You can also enjoy unique sounds at night when crocodiles and other nocturnal creatures create a unique orchestra.

Great Barrier Reef is the largest living organism on earth that is visible from outer space. This sprawling reef system spans about 3,000 kilometres off the coast of the state of Queensland and it has about 400 species of coral and more than 1,500 varieties of tropical fish and contains the largest number of colourful sea grass species.

Uluru is a red sandstone rock with a striking appearance. Located in the south of Australia’s Northern Territory, this rock is a sacred landmark of the indigenous Anangu people. Uluru is 348 metres high with a total circumference of over 9 kilometres. It is surrounded by rock caves, waterholes, springs and ancient paintings.

Fraser Island is the largest sand island on the planet. It is about 123 kilometres long and over 20 kilometres wide. This amazing island lies at the tail end of Australia’s Great Sandy Straight. As you explore this island, you will appreciate its well preserved rain forests. Fraser Island is also blessed with 100 freshwater lakes, sand dunes that rise above 240 metres, and a wide variety of wildlife species including the popular dingoes.

The Twelve Apostles are limestone stacks that have been separated from the cliffs. Located beyond the shores of Port Campbell National Park, these stacks can be seen when driving on the Great Ocean Road, off the coast of Victoria. They were originally nine but due to erosion they have now been reduced to eight.

Ningaloo Reef is located in Western Australia and it stretches for over 321 kilometres. This extensive reef system is one of the longest fringing reefs on earth. It contains more than 500 species of fish including the massive whale shark – the world’s largest fish as well as more than 200 varieties of tropical coral. The clear waters make it easy to view rays, and whale sharks when you swim directly from the beach.

This is a haven for spotting rare wildlife. From the white sand beaches, you can move inwards to see stunning headlands and thick eucalyptus forests. You will spot many forester kangaroos as you walk on this island. Without walking for a long time, you will see pademelons, penguins, wallabies, wombata and bandicoots that live here permanently.

This is the largest waterfall the Grampians National Park. This park, which is well known for its large number of kangaroos, has a sandstone mountain range which rises up from the plains over 200 kilometres to the west of the city of Melbourne. At the MacKenzie Falls, the water comes down from a height of about 30 metres into a large gorge, throughout the year. When the sun shines, it produces a stunning rainbow mist.

Kakadu comprises 20,000 sq. km. of diverse tropical plants which are about 1,700 in number. It is about 170 kilometres southeast of Darwin. It has tidal flats, floodplains and rock country. Kakadu also has many Aboriginal rock carvings and one uranium mine. There are also many saltwater and freshwater crocodiles there.

Those are just a few of the natural wonders in Australia which have made this country one of the most famous tourist destinations on earth. Other natural wonders that will also interest you include the Katherine Gorge, Shark Bay, Pinnacles Desert, and Kangaroo Island.